Songs and Dances of Switzerland 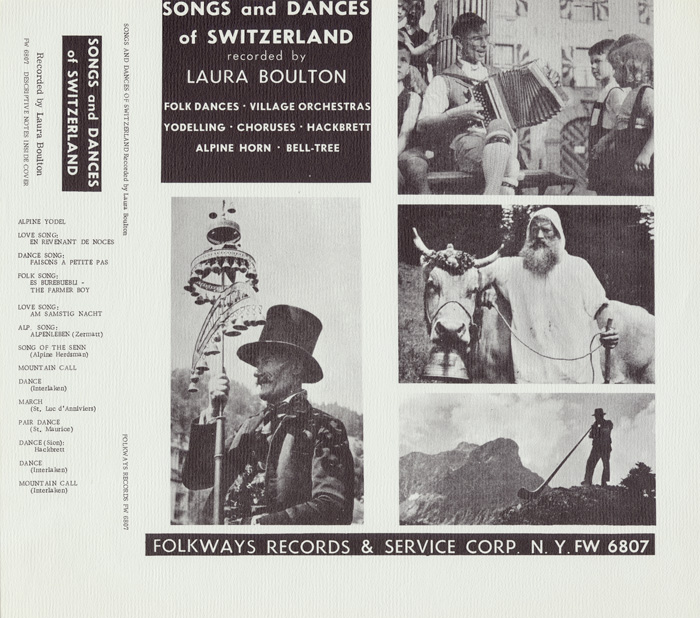 Recorded by Laura Boulton in 1953, this compilation brings together an array of traditional Swiss music featuring "Folk Dances, village orchestras, yodeling, choruses, hackbrett, alpine horn and Bell-tree." The songs are recorded live and capture a fun spirit with occasional audience noises such as laughter or the stomping feet of the dancing performers that adds additional rhythmic depth to the songs. Especially interesting and beautiful is the mountain call, performed on the alpine horn to call in the cattle. Boutlon describes the horn playing as having to be in harmony with the mountain echo. Liner notes include an introduction to Swiss music by Laura Boulton along with song lyrics (in French, German and English) and photos.