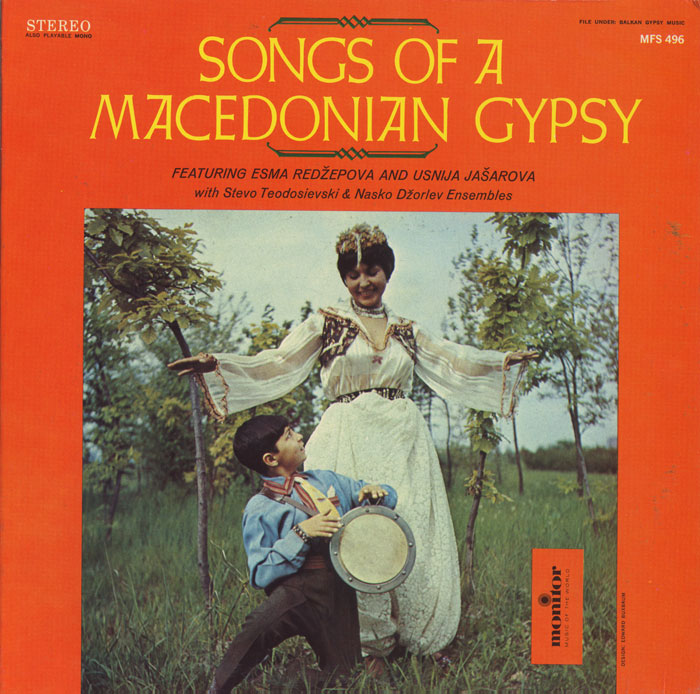 The Romani people developed a unique style of music over many centuries of migration, picking up and transforming elements from a wide range of countries and cultures. This is apparent in Songs of a Macedonian Gypsy (CD Version), in which two female singers, some instrumentalists, and occasionally two male singers perform Gypsy folk songs and dances from Macedonia. The music borrows from Middle Eastern, Turkish, and European styles (to name a few) as singers convey themes of love, marriage, and sorrow in a Romani language as well as in Macedonian. This is the original version of the recording Songs of Macedonian Gypsy, which was reissued by Monitor on CD as MON71496, with additional tracks but omitting track 8, “Sikou Horespe Mazi Mou (Get Up and Dance).”