Songs of Two Rebellions: The Jacobite Wars of 1715 and 1745 in Scotland 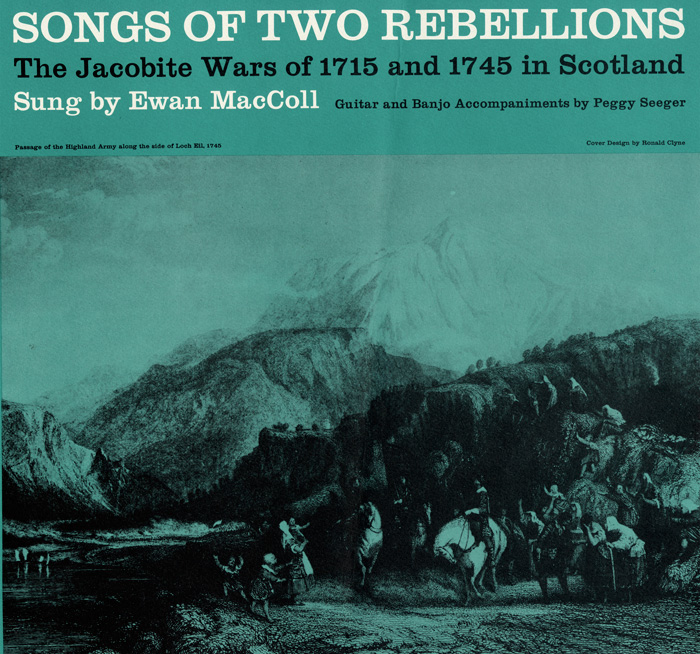 During the 17th and 18th centuries, a series of wars were fought involving Scotland, England, Ireland, and even France. Essentially these were failed attempts to restore the deposed Stuart monarchy to the throne of Great Britain, and, from a Scottish perspective, to curtail the unjust domination of Scotland by England. English forces were usually pitted against those of Scotland. The final Jacobite effort was in 1745 on behalf of Bonnie Prince Charlie, who, after he was defeated at the Battle of Culloden, was forced to flee to France.

Radical English/Scottish folksinger Ewan MacColl teams with his wife Peggy Seeger, the half-sister of iconic folksinger Pete Seeger and a well-known performer in her own right, to present folk songs from the two Scottish rebellions. Liner notes relate the history of the rebellions, tell of the background of each song, and provide the lyrics. MacColl and Seeger recorded a total of 13 albums for Folkways, many featuring Scottish and labor activist songs.