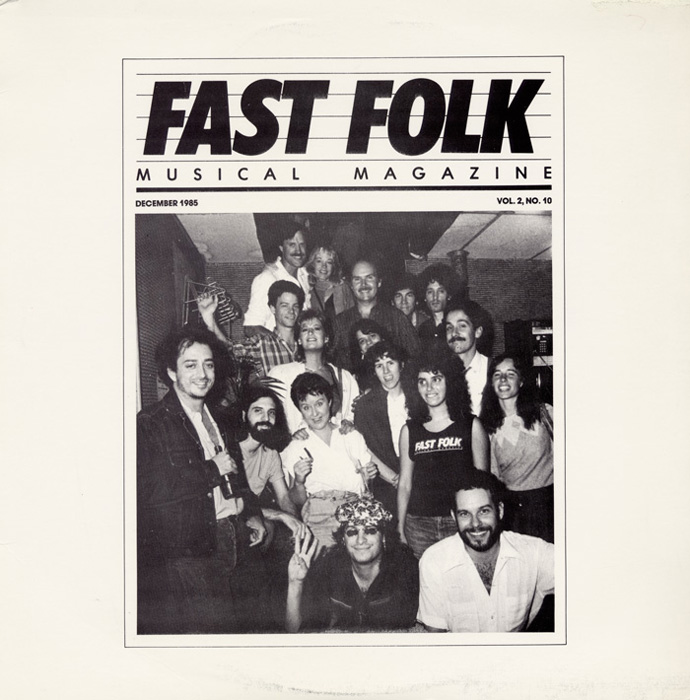 Fast Folk Musical Magazine, established in 1982, was a songwriter/performer cooperative to support and spotlight folk singers working primarily in the New York City area. The dozen performances in this “live” recording features both established and emerging performers. Headlining the collection is Tom Paxton singing “The Death of Steven Biko.” Biko was a South African anti-apartheid activist who died of massive head trauma while in police custody in 1977. New England–based (and Washington, DC, favorite) Schooner Fare perform “Calgary,” a song about a home away from home. Lou Perryman sings about the joys of cleaning out the refrigerator (“When Did We Have Sauerkraut?”), and David Mallett sings “Coming Apart at the Seams,” later covered as “Hometown Heroes” by country singer Marty Stuart. A 20–page facsimile of the December 1985 issue of the magazine is included.