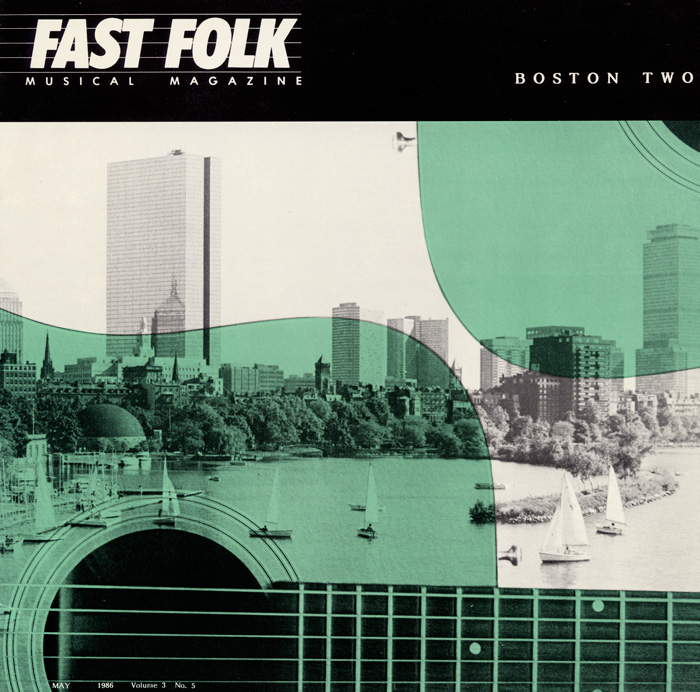 New York–based Fast Folk Musical Magazine heads to the Boston area for the second of two recordings made at the Nameless Coffeehouse in Cambridge in early 1986. Babe Ruth, Ernest Hemingway, Pablo Picasso, and former presidential deputy press secretary Larry Speakes all make appearances in this collection, albeit as subjects of songs. The Babe appears in “Boys in the Bleachers” by Chris Jolliphe, Hemingway and Picasso feature in a song about a missing portrait in “Brazil” by Harry Lipson, and Larry Speakes is setting the record straight in “Spokesman Speakes” by Marci Boyd, sung to the melody of “The Funeral March of a Marionette.” A 20–page facsimile of Fast Folk Musical Magazine is included.