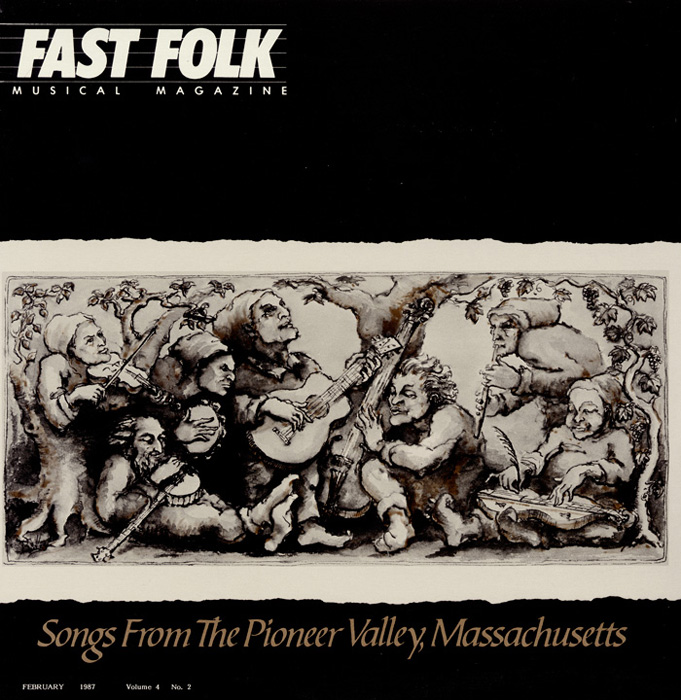 Fast Folk Musical Magazine was formed to serve as an outlet in the promotion of “noncommercial artistic music,” also known as American folk music. The songs for this edition are drawn from musicians in the Pioneer Songwriter’s Collective in the Pioneer Valley (Connecticut River Valley) of central Massachusetts. Musical themes in this baker’s dozen range from love (“Falling In Love”) to war (“The Wall” and “Ninos Del Salvador”); from travel (“The River Swift”) to dinosaurs (“The Archaeologist’s Lament”); from doo-wop (“Now I’m a Contra”) to reggae (“Creationland”).