Fast Folk Musical Magazine (Vol. 6, No. 9) Lost in the Works 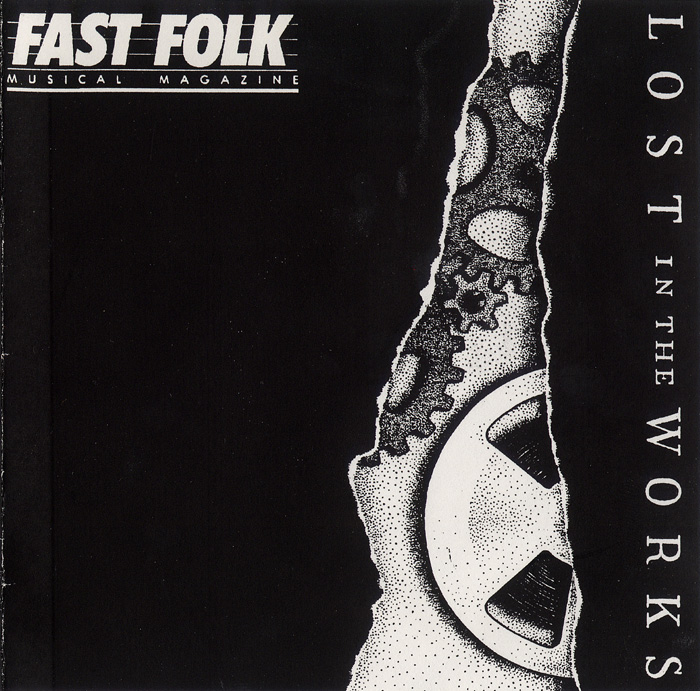 Founded in 1982, Fast Folk Musical Magazine was a New York cooperative record label and magazine dedicated to reviving the city’s folk scene and serving as an outlet for performers to release their first recordings. The magazine depended on the availability of independent volunteer recording engineers to record musicians. Occasionally, these recordings became “lost in the works.” The songs on this compilation are paired thematically. “Goodbye Heart” and “Of All of the Sorrows” present lighter and darker takes on heartbreak. “Steam Pipes” and “’Round Midnight” depict smoky urban backdrops. The final track is performed in Japanese by Hidaefuso Matsomoto, whose dream to become a New York folksinger was aided by a Japanese TV show that sponsored his trip. The liner notes apologize that full musician credits remain, like the songs themselves, “lost in the works.”