Designed by: Rachel Hamlin
The University of Akron, Ohio

Summary
In this series of lessons students will learn about the culture and economy of Newfoundland, learn to sing the folksongs “I’s the B’y” and “Jack Was Ev’ry Inch a Sailor,” learn a folk dance, play recorder and hand chimes, and create a dramatic play.

Prerequisites: Ability to play the recorder 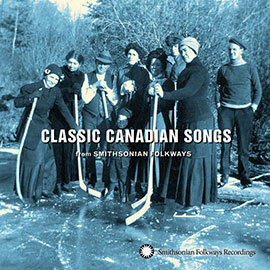 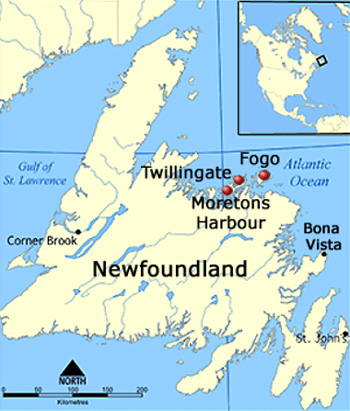 Students who are still in line link arms with the person across them while students in the center are bowing.

Last four counts student A goes to bottom of line A, Student B goes to top of Line B.

Repeat the steps until everyone has had a turn

Assessment: Visually assess that students are moving on the beat and performing the correct dance movements.

Assessment: Have students perform the song in small groups for the teacher. Check for accuracy. 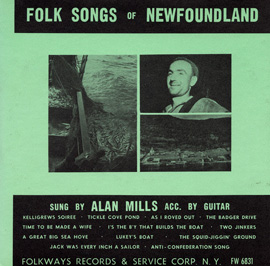 Assessment: Visually and aurally assess that students are playing the correct pitches at the right time and playing the hand chime with correct technique.

When Jack grew up to be a man,
He went to Labrador,
He fished in Indian Harbor
Where his father fished before.
On his returning in the fog,
He met a heavy gale,
And Jack was swept into the sea
And swallowed by a whale.

The whale went straight for Baffln's Bay
'Bout ninety knots an hour,
And ev'ry time he'd blow a spray,
He'd send it in a shower.
"Oh, now," says Jack unto himself,
"I must see what he's about."
He caught the whale all by the tail
And turned him inside out.

Assessment: Check that students are able to accurately recreate the original mood of the “Jack was Ev’ry Inch a Sailor” through their own interpretation of it. Are they singing, playing and dancing accurately, confidently, and in time with each other? 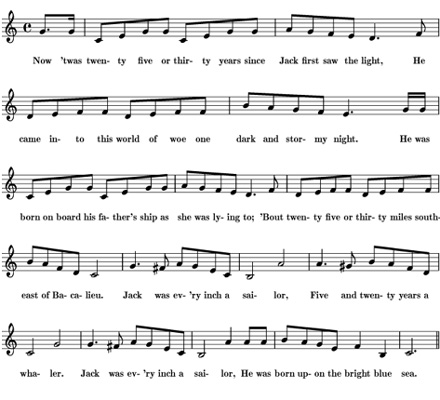 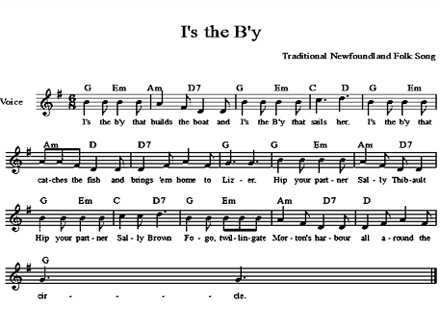 vs.2
Sods and rinds to cover your flake
Cake and tea for supper
Codfish in the spring o'the year
Fried in maggoty butter

vs.3
I don't want your maggoty fish
They're no good for winter
I could buy as good as that
Down in Bonavista

vs.4
I took Liza to a dance
As fast as she could travel
And every step that she did take
Was up to her knees in gravel

* Pete Seeger told a story about how many have pointed to a woman from Texas nicknamed “Hootin’ Annie” to explain the etymology for this type of get-together.  He insisted that the first time he heard the word “hootenanny” was in Seattle, Washington. This name beat out “wingding” by a nose for the sing-alongs he hosted in New York City during the 1950s and 1960s. The actual etymology of hootenanny can be traced to the Scottish word hogmanay, an important type of celebration in the Scottish calendar. Most likely, this term was genericized to signify any type of festive get-together among immigrant communities in the United States. Thanks to Pete Seeger, it became part of the American folk revival vernacular.

** This melody is only an approximation. Each verse changes slightly based on different ornamentation and syllabic treatment of the lyrics. This change is part of what makes ballads interesting.