Folk Songs and Music from Malta 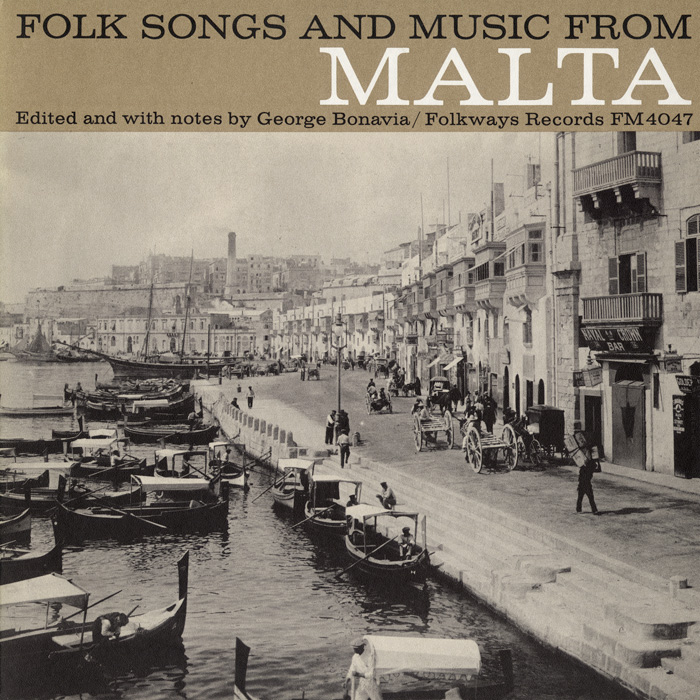 Folk Songs and Music from Malta presents a cross-section of Malta’s musical folklore: "from children’s rhymes to country music, from national dances to modern songs, and with a glimpse or two into the life of the island." Compositions often feature the Spanish guitar, the most popular instrument in Malta, in accompaniment to heartfelt songs about love, drinking, and holidays. Also featured are more traditional instruments such as the iz-zaqq (Maltese bagpipe), which is constructed from the body of a large dog, legs and all. Liner notes include an introduction by George Bonavia, track notes, and pictures of Malta.