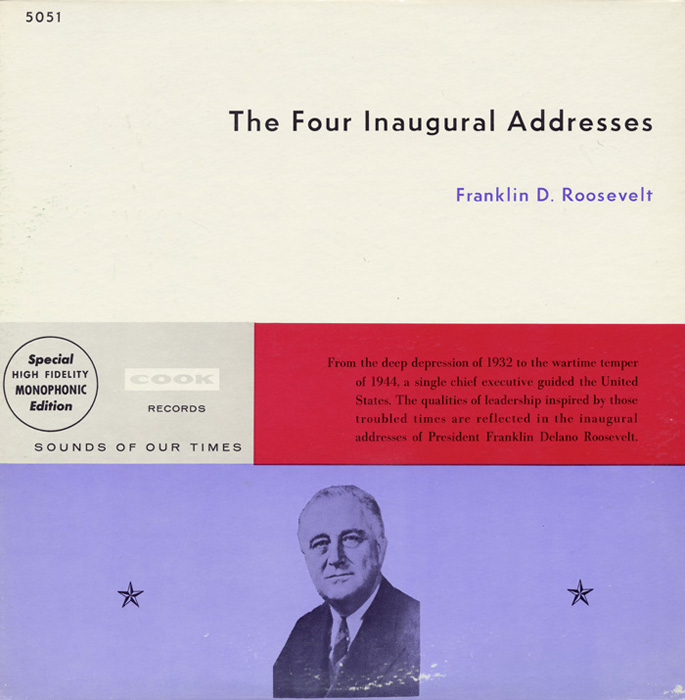 View Cart Custom CD $16.98
View Cart Digital Download $9.99
The liner notes remind us that "From the deep depression of 1932 to the wartime temper of 1944, a single chief executive guided the United States. The qualities of leadership inspired by those troubled times are reflected in the inaugural addresses of President Franklin Delano Roosevelt." Hear the resolve in Roosevelt's voice as he attempts to address the many challenges to America during this era, and explains that while America may not recover instantaneously from her recent injuries, she must not make mistakes in attempting to rebuild "our solid structure of democracy" that reflect a falseness of heart or abandon moral principles.