Gay and Straight Together 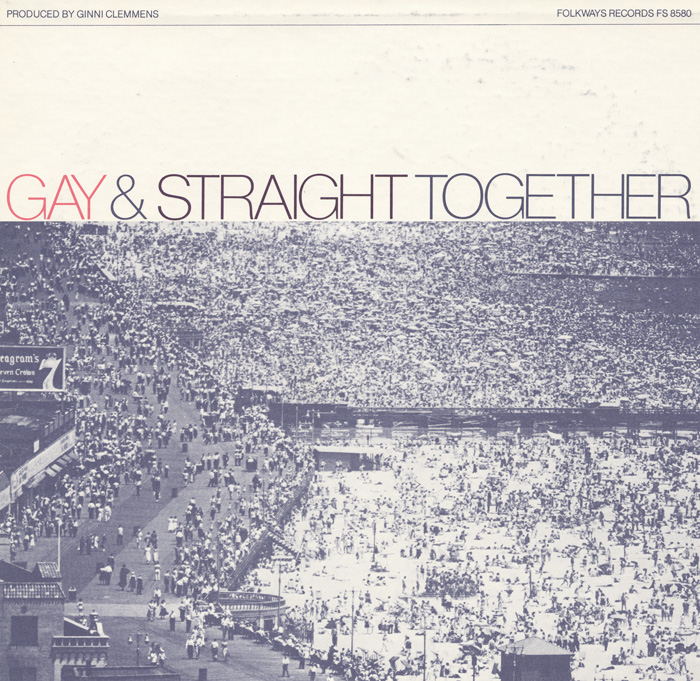 View Cart Custom CD $16.98
View Cart Digital Download $9.99
Gay and Straight Together is a landmark compilation with live recordings of both gay and straight songwriter-activists including Malvina Reynolds’s daughter Nancy Schimmel and feminist songwriter Kristin Lems. Produced by children’s music performer and Folkways artist Ginni Clemmens for Open Door Records, the album was released in 1981. Songs in various styles can be heard on the album, including uplifting sing-along anthems such as “Carry It On,” country-flavored “Piney Creek Woman,” humorous social satires like “Lezzie Queer,” and the pure, genre-defying inventiveness of “Weird.” The song lyrics are featured in the liner notes.