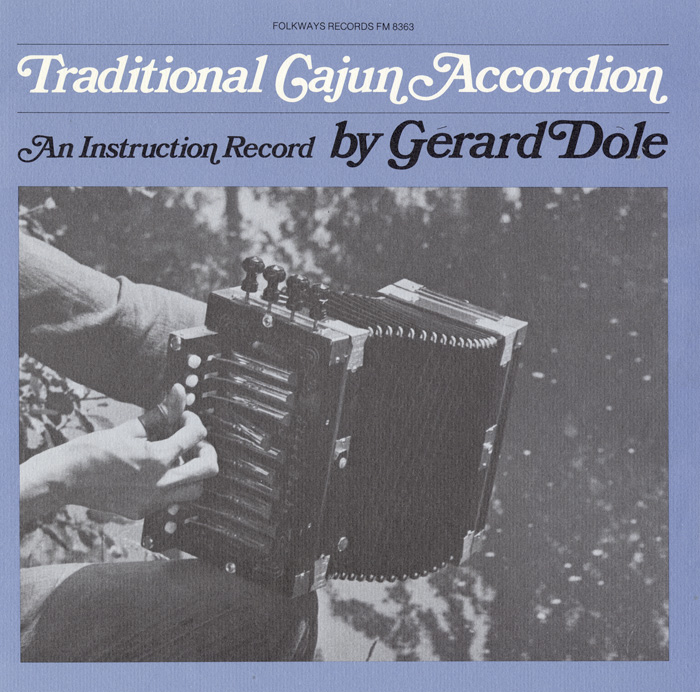 View Cart Custom CD $16.98
View Cart Digital Download $9.99
This instructional album in the performance of the traditional Cajun accordion was recorded by Gérard Dôle at his home in Paris, France, in 1977. Dôle, an early aficionado of Cajun music, often performed in clubs in the Paris area and elsewhere in Europe, to enthusiastic response. The liner notes contain detailed written instructions and musical notations for the various styles of playing. Dôle compares and contrasts the traditional accordion and melodeon, a small diatonic accordion. The liner notes include several Cajun songs in their original French followed by their respective English translations.