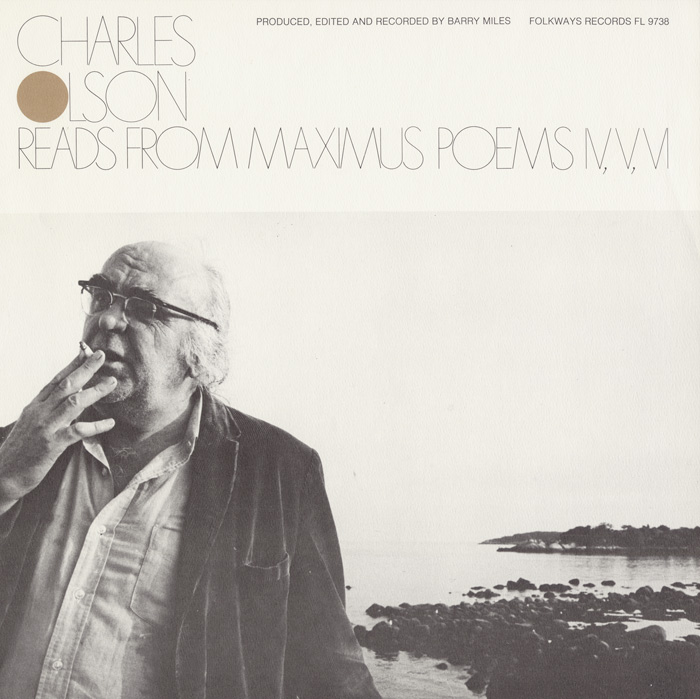 View Cart Custom CD $16.98
View Cart Digital Download $9.99
The poems by Charles Olson on this collection—recorded by author Barry Miles—remained unrecorded until 1975, when they were released on Folkways Records. Over the course of two nights, Olson, a former Black Mountain College professor, reads from his then-recently published “Maximus Poems IV, V, VI.” According to Miles’ liner notes, “This is the only recording ‘for posterity’ that Charles ever made. Other tapes exist, fortunately, but they are often marred by drink or the vicissitudes of trying to record live readings. This is Charles reading his poems as he saw them read.” Olson died roughly a year after the recording in 1970. Liner notes by Miles include a brief Olson bio and notes on the recording.