Will Geer and Ellen Geer 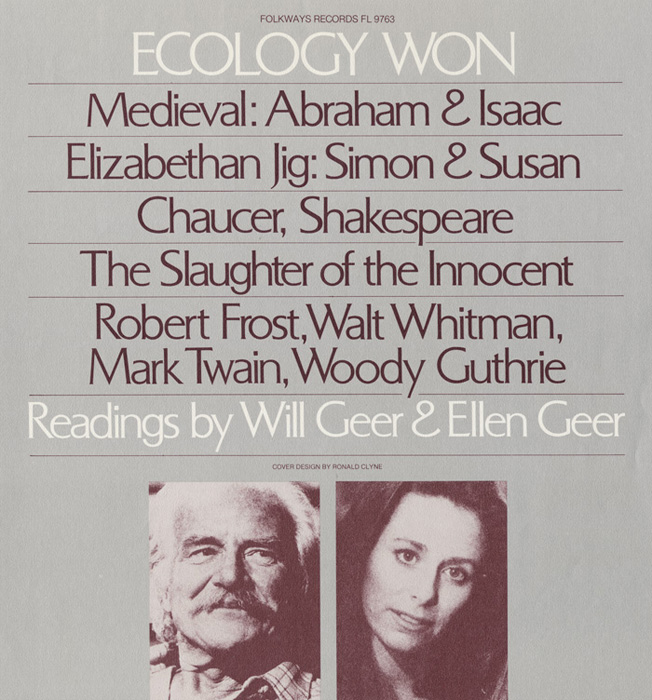 In 1978, veteran character actor and social activist Will Geer recorded a selection of literary writings on the theme of ecology. Geer begins his reading with a poem by Robert Frost and texts by Mark Twain, Walt Whitman, and Woody Guthrie. He continues with selections from Chaucer, William Shakespeare, and several unattributed Elizabethan plays, and provides commentary linking all the pieces together. His daughter Ellen Geer takes the role of the female voices in the readings from Shakespeare and three Elizabethan plays. The liner notes include the text of the 11 literary selections and brief biographies of the two actors.