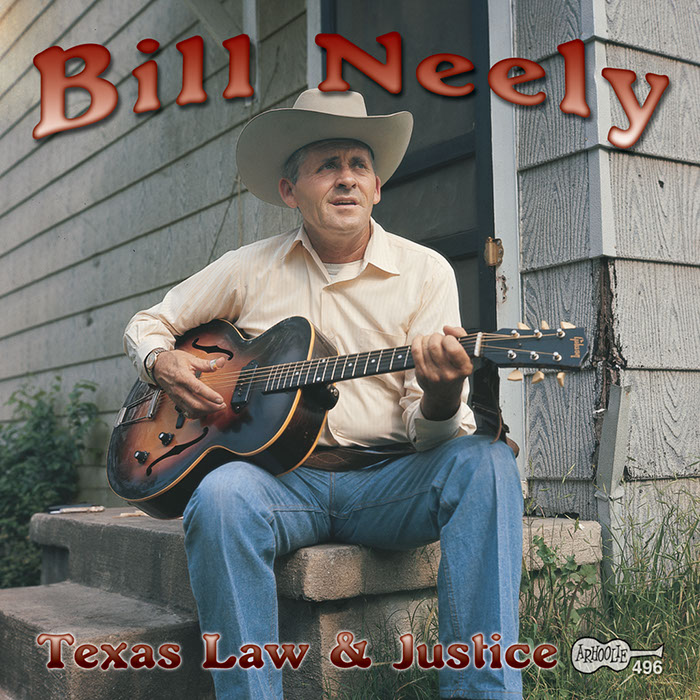 View Cart Digital Download $9.99
View Cart CD $14.98
The son of sharecroppers, Bill Neely (1916-1990) was a Texas country singer-songwriter. Neely received his first guitar lesson around age 13 from singer Jimmie Rogers, whose musical influence stayed with Neely throughout his career and was often evident in his singing style. During his long career that included performances at the Smithsonian Institution and in Paris, France, Neely recorded only one album. This collection, recorded in 1973, includes “Big Yellow Moon Over Texas”; “Texas Law and Justice,” a song attributed to an innocent man who was wrongly convicted and put to death’ several instrumentals, and a rock and roll song (“Rock and Roll Baby”) written by Neely in 1949.