Live at the Dunham Inn 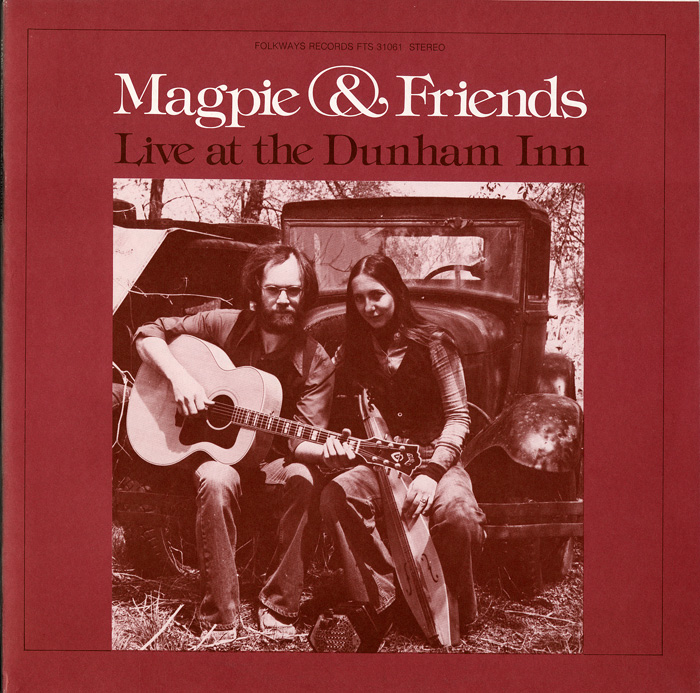 View Cart Custom CD $16.98
View Cart Digital Download $9.99
Magpie, the duo of Greg Artzner and Terry Leonino, has been an important musical fixture in the Washington, DC, area since the early 1970s. Consummate musicians, equally at home with folk revival, urban blues, and early jazz styles, they are known for their versatility and variability of repertoire. On this 1978 live recording, Magpie—joined by seven of their musician friends—performs everything from songs by Jimmie Rodgers, Billie Holiday, and George Gershwin to original compositions and traditional songs.