For All the Good People: A Golden Ring Reunion 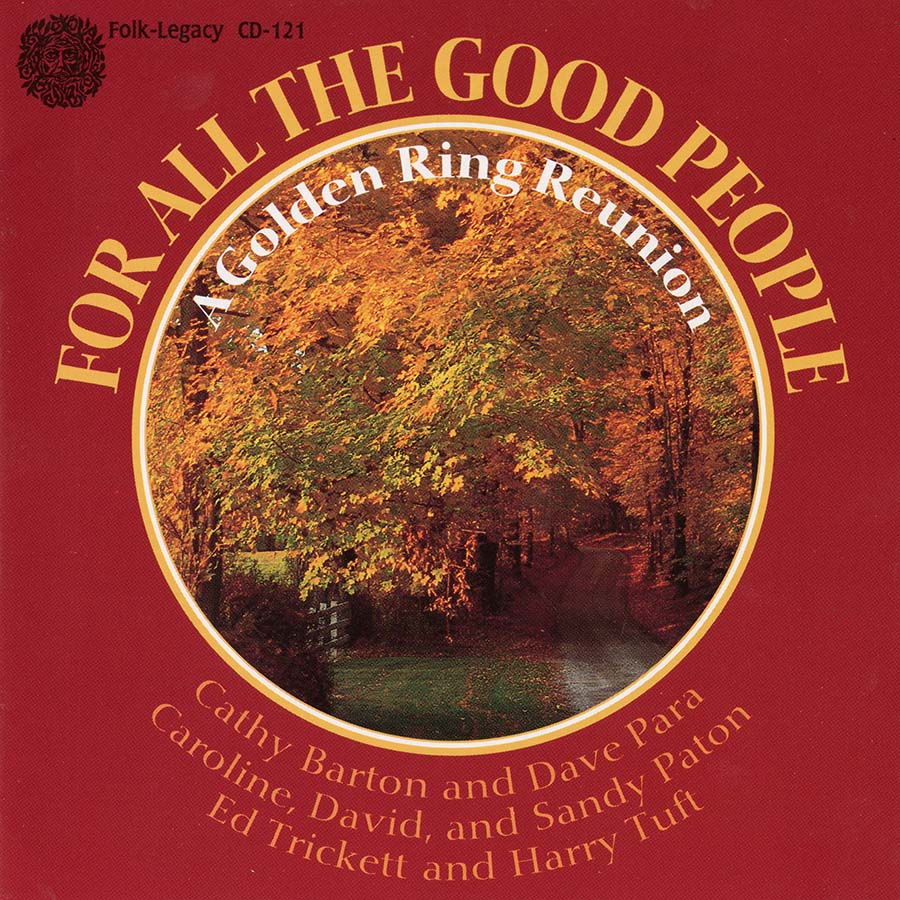 “In 1964, the essential spirit of what was then called the folksong revival was captured on a Folk-Legacy recording of ‘a gathering of friends for making music’—the original Gold Ring. For many of us, that spirit continues: an informal, non-competitive, affectionate sharing of music with others who hold similar musical values.… Now, in 1992, the concept of the Golden Ring is renewed with Ed Trickett, Harry Tuft, Cathy Barton, Dave Para, Caroline Paton, Sandy Paton, and David Paton. The songs are both traditional and contemporary, the approach is thoughtful, the performances are deliberately without pretention or the obvious devices of commercial intent. The focal point here is the music, the songs. And thus, we hope, the spirit lives on. This recording is dedicated to our friends George and Gerry Armstrong in whose home the original Golden Ring first gathered and whose profound love and great respect for traditional music has long inspired us all.” - Sandy Paton, January 1992

For All the Good People was originally released by Folk-Legacy Records in 1992.