Into the Secret of the Heart by Guru Bawa Muhaiyaddeen 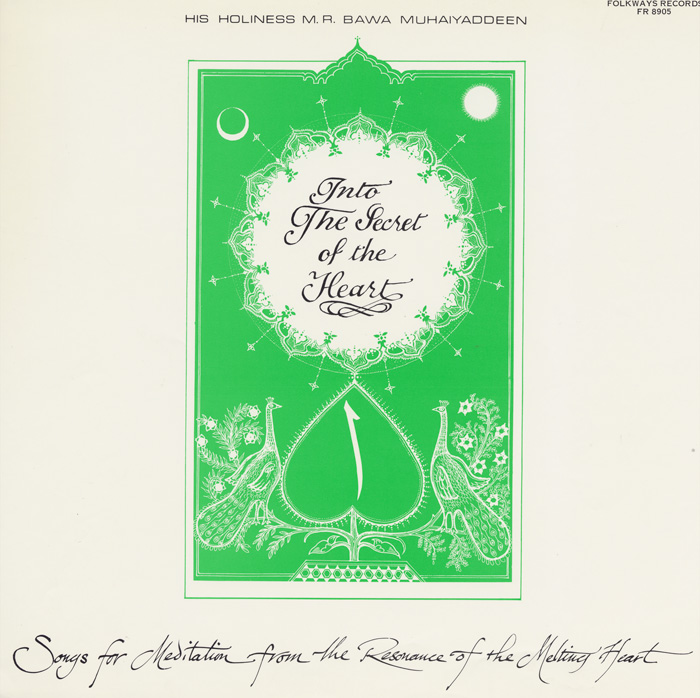 In the early 1900s, pilgrims travelling to the jungles of Sri Lanka (then Ceylon) encountered Bawa Muhaiyaddeen, a Sufi mystic who eventually established a following throughout Sri Lanka and later in the United States. In Into the Secret of the Heart, Muhaiyaddeen sings poetry in Arabic and Tamil (one of the languages spoken in Sri Lanka) with the goal of bringing the listener to enlightenment through meditation and self-reflection. Liner notes include a religious statement and translated lyrics.