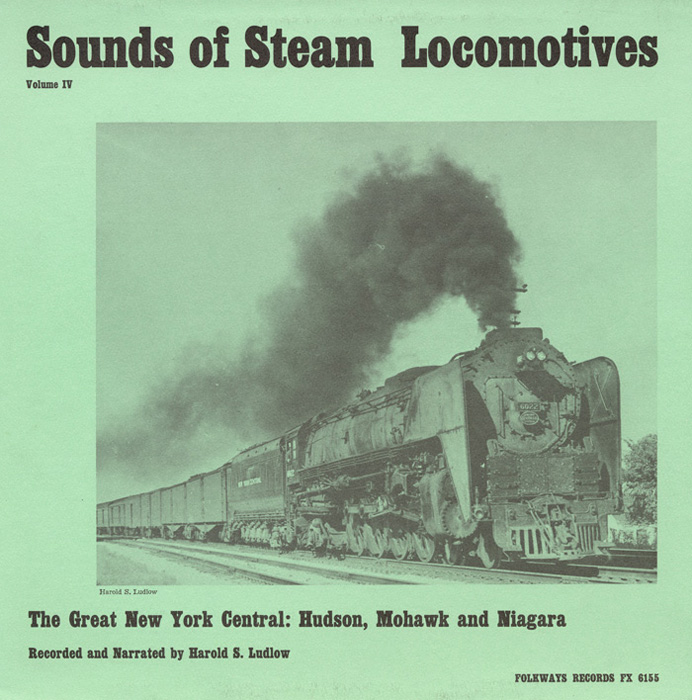 Recorded and annotated by Harold S. Ludlow in 1958. The album intersperses the Steam Locomotive sounds with spoken explanation by Ludlow of what each sound is. He opens the album stating that: “This recording has been prepared to preserve the sounds of that great fleet of New York central trains when steam was king of the rails.” Liner notes include brief recording information, train details and photos.