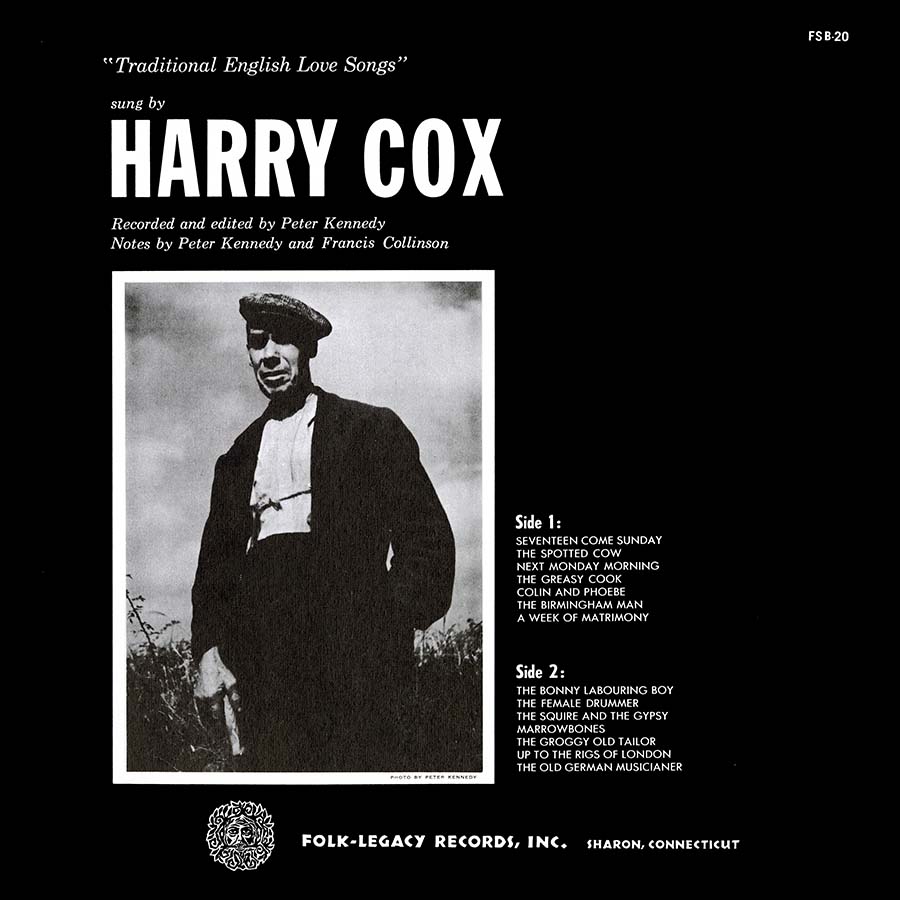 Born in the late 19th century, Harry Cox was an English farm laborer from the East Anglian coast, remembered for his rich repertoire of traditional songs and mastery of the unaccompanied style of singing in his native Norfolk dialect. He was among the most influential traditional singers of the English folk revival of the mid-20th century, inspiring the likes of Shirley Collins, Martin Carthy, and many more. Traditional English Love Songs, recorded less than a decade before Cox's death and originally released by Folk-Legacy Records, offers nuanced, authentic, and highly detailed performances of the singing tradition of rural east England from one of its most consequential but often uncelebrated tradition-bearers.