The Cowboy: His Songs, Ballads and Brag Talk 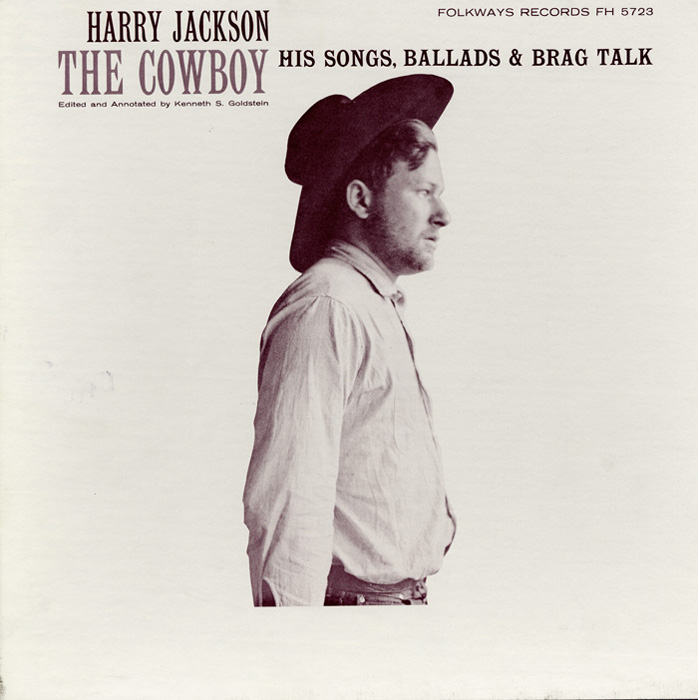 Fascinated by horses and cowboys, but not by school, Harry Jackson (1924–2011) left his home in Chicago at age 14 to become a ranch hand and cowboy in Wyoming. While there, he learned cowboy songs from traditional singers, and he sings them here in the traditional unaccompanied manner. The songs portray the life of a cowboy in an authentic, unadorned fashion that is light-years removed from Hollywood and country western simulations.