Indian Music of the Southwest 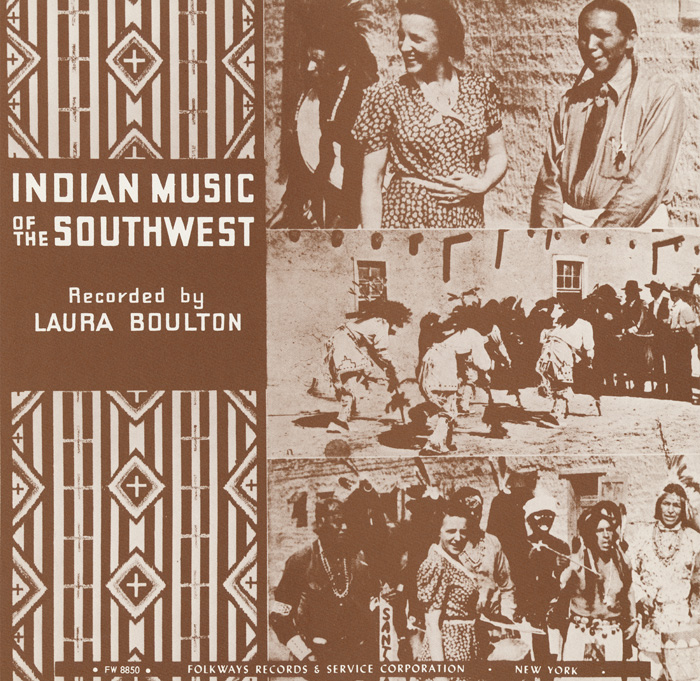 This item is not for sale
Recorded and produced by Laura Boulton (1899–1980), an American ethnomusicologist, this collection of songs includes music from rituals in several tribes from Arizona, New Mexico, and the northern region of Mexico. Mostly male voices perform all of the songs either solo or in chorus, accompanied by rattles, bells, or drums. The liner notes contain in-depth descriptions of the rituals of which the songs are a part, in addition to other cultural context. Boulton studied music all around the world, from Africa and Eastern Europe to the South Pacific and the Arctic Circle.

This item is not for sale