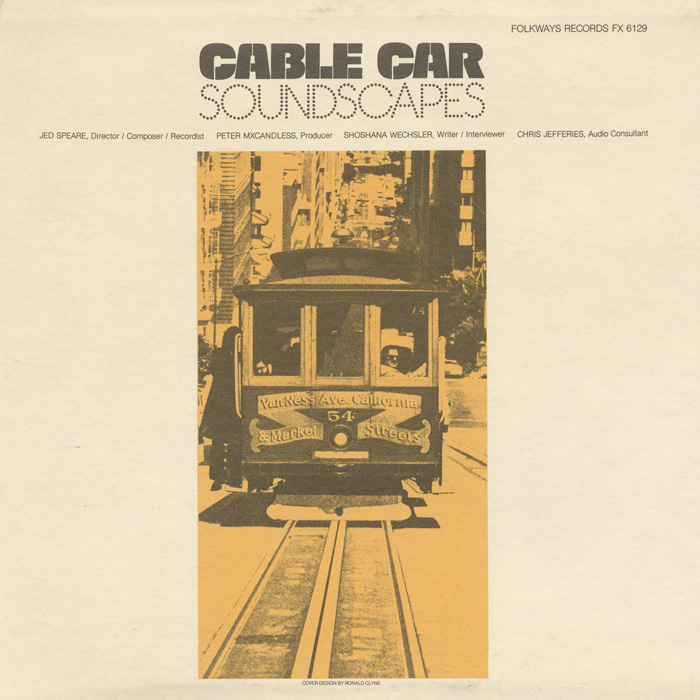 What could be the sound of heavy industrial machinery is in fact the noise produced by the famed San Francisco cable cars, a “living sound relic” as Shoshana Wechsler says in the detailed liner notes. This compilation presents the sounds produced by and related to the cable cars, capturing their hums and clatters which are in contrast to the modern urban noises now surrounding them. Liner notes include a thought provoking piece by Wechsler which includes information on the cable car itself.