Honor the Earth Powwow: Songs of the Great Lakes Indians 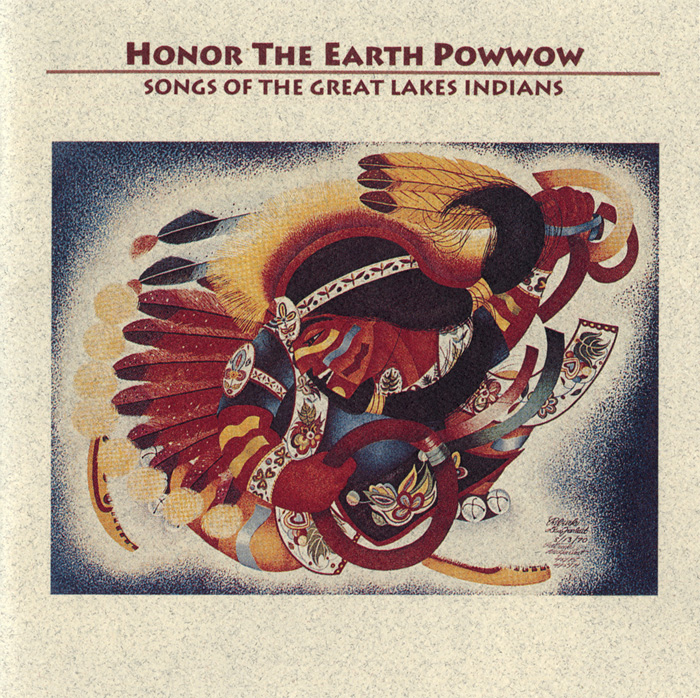 The powwow has become an opportunity for North American tribes to gather together to honor the earth and its creator in celebratory drumming, dancing and song. The Honor The Earth Powwow, featuring the Ojibway, Menominee and Winnebago tribes, is characteristic in that its repertoire includes traditional song styles as well as new songs written in traditional style. Recorded in July 1990 by Mickey Hart and Dr. Thomas Vennum Jr., the music of the powwow consists of singers sitting in a circle in a drum arbor, beating on a single drum, and singing in high-pitched voices while elaborately-costumed dancers move clockwise around them. Among the album’s new songs is “Ojibway Air Force Song,” a song that came to an Ojibway tribe member in his sleep and was composed for his son who was serving overseas in the United States Air Force. Honor The Earth Powwow: Songs of the Great Lakes Indians was originally released as part of “THE WORLD” series (now part of the Mickey Hart Collection made available by Smithsonian Folkways).