The Wick and the Tallow By Henry Gilfond

Irene Dailey and the Actors Company 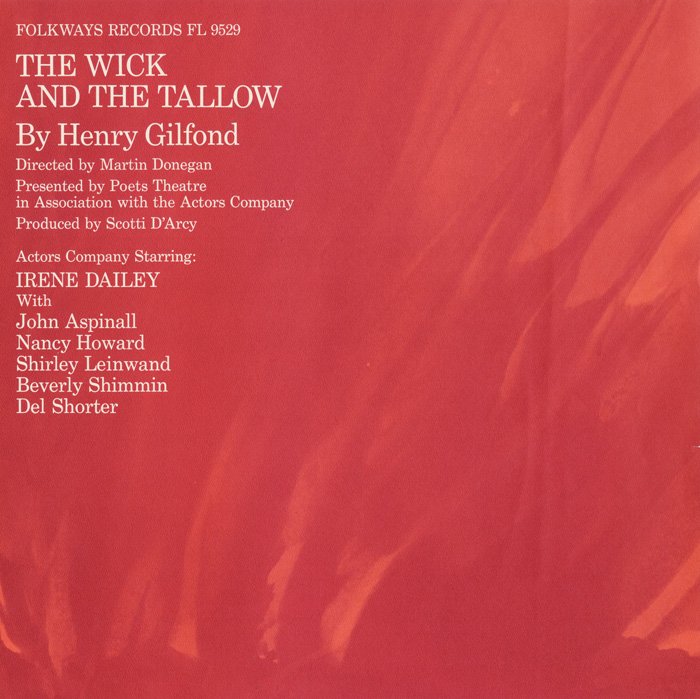 View Cart Custom CD $21.98
View Cart Digital Download $19.98
This spoken word recording is a performance of The Wick and the Tallow, a play written by Henry Gilfond. A writer, poet, and playwright, Gilfond notes that his initial impetus for the play came from a footnote in author Robert Graves’ The Greek Myths regarding Oedipus’ effort to end the Theban matriarchy. Written in verse, The Wick and the Tallow is a story of a family grappling with the return home of their mother from a mental health facility and the tragedy that ensues. The liner notes contain the complete transcript of the play and thumbnail sketches of the playwright, director, and cast.

Irene Dailey and the Actors Company