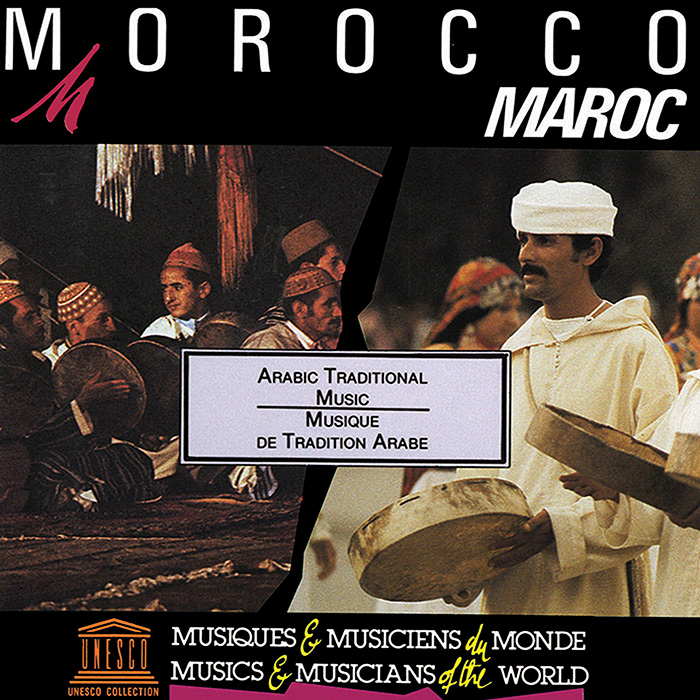 This 1988 recording focuses on the Arabic tradition in Moroccan music. According to the liner notes, the two forms of l-'asri modern music and sh-sha'abi popular/people’s music have wide appeal around the country as well as in all segments of the population. Although they share similar modal structures, they are quite different formally and rhythmically.

Versatile singer-musician Abdeslam Cherkaoui composed the four songs presented on the album and plays accompaniment on the 11-string oud—a short, pear-shaped instrument that is directly related to the European lute. The liner notes provide closer analysis of the modern and traditional elements in the music and an English translation of the lyrics.