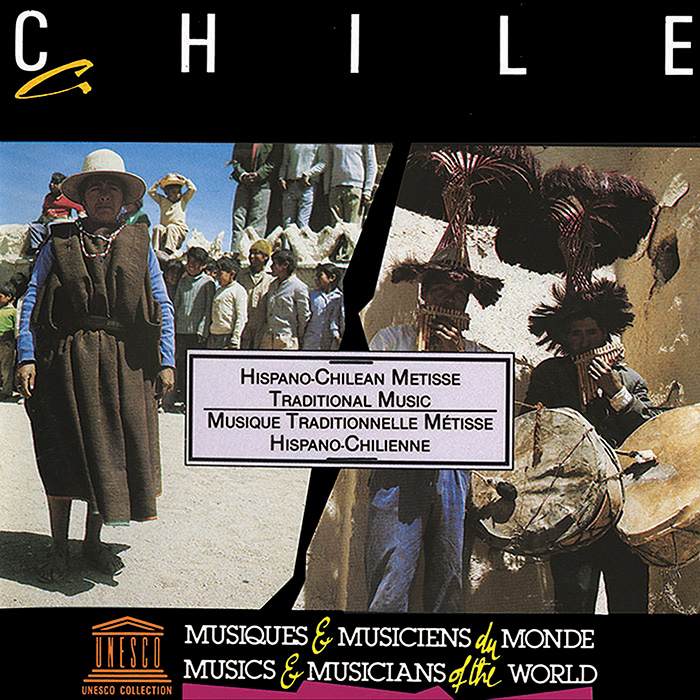 View Cart Custom CD $16.98
View Cart Digital Download $9.99
The traditional music of Chile is a vibrant and distinctive fusion of Spanish and indigenous cultures. This recording features music that falls into two functional categories: ceremonial and entertainment. Included are the music of cueca, the national dance of Chile, and a tonada, an example of an important style of Chilean singing, as well as examples of traditional regional music and dance: “Song of the Alfereces” (color-bearers) and “Dances of the Chinos” (servants of the divinities and saints). Performers employ voice and musical instruments ranging from European and native guitars to pifilca, the pre-Columbian flute. Liner notes include detailed analysis of each track and its significance within Chilean culture.