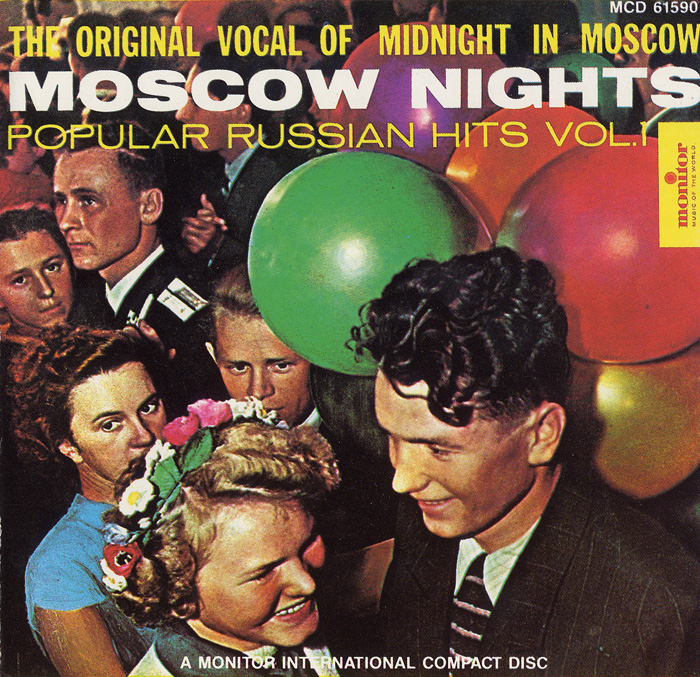 Re-released on compact disc in 1990, Moscow Nights: Popular Russian Hits, Vol. 1 (CD edition) features tunes such as the well-known “Moscow Nights (Midnight in Moscow) ” and “Who Are You? ” that were originally recorded during the 1950s and ’60s. Waltzing accordion, piano, and guitar, accompany singing from Vladimir Troshin, George Ots, Tamara Miansorova, and many others. Liner notes include a track listing and a list of suggested dance albums from Monitor.