Bertolt Brecht's The Exception and the Rule 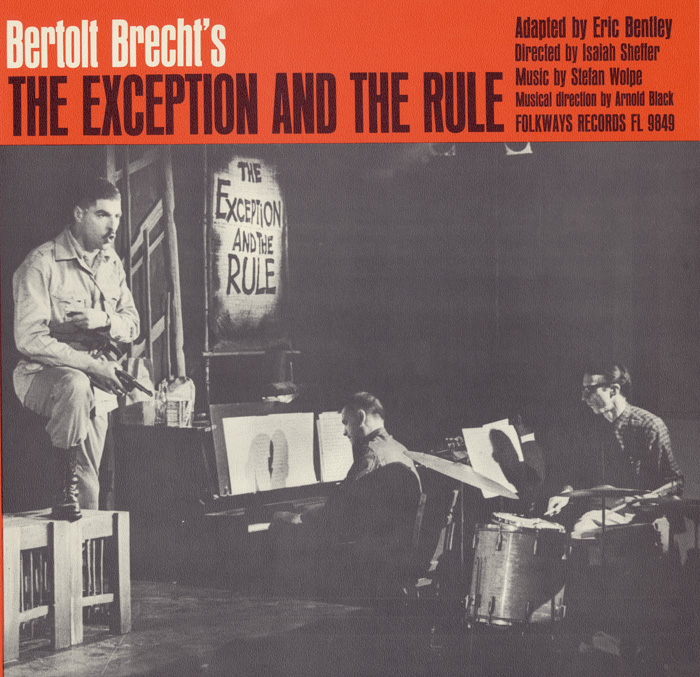 German playwright Bertolt Brecht wrote The Exception and the Rule in 1930. It has been dubbed by scholars “the best-known and most performed Lehrstucke (didactic play) of Brecht today.”i Brecht intended his “didactic plays” to show “the world as it changes (and also how it must be changed)”ii; he wanted audiences to think about politics and society, and ultimately look toward revolution against the capitalist system.

This recording, from a 1965 performance, documents the play’s first American production. The music was written by Stefan Wolpe, a composer who, like Brecht, was born in Germany around 1900 and came to America in the late 1930s. The play was translated into English by Eric Bentley, who also serves as the play’s narrator. Liner notes include cast bios, photographs. and a play synopsis.