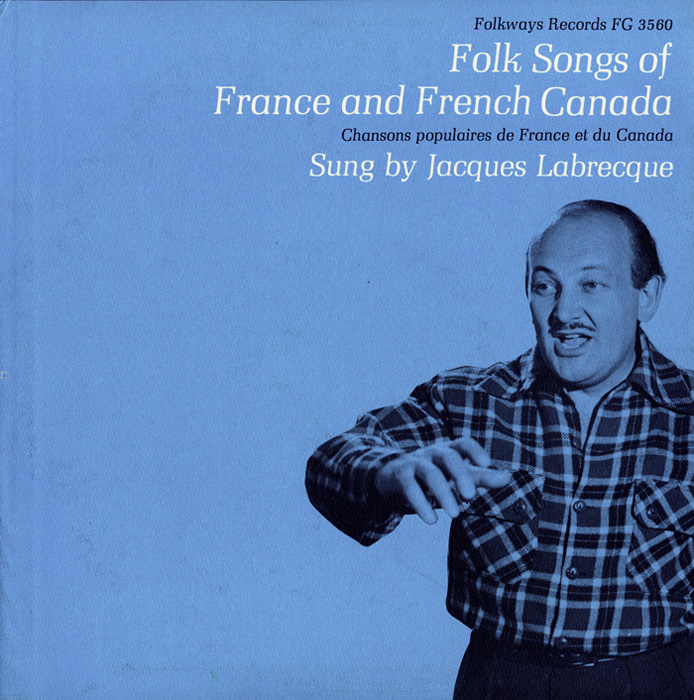 View Cart Custom CD $16.98
View Cart Digital Download $9.99
Jacques Labrecque (1917—1995) performs charming songs with a joy evidenced by his laughter as he sings. Folk Songs of France and French Canada is a re-creation of a 1955 “lecture-recital” Labrecque gave to students of French civilization at the Sorbonne, Paris, and features songs which have been cherished in Canada since they were first brought there. Liner notes include a brief biography of Labrecque as well as his invaluable commentary on the history and significance of French folk songs.