Rhythmania and Other Electronic Musical Compositions 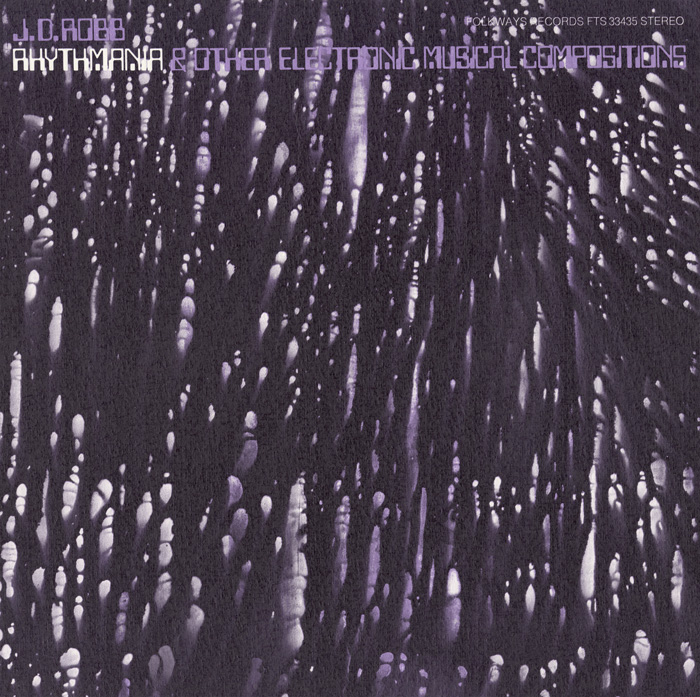 Released in 1976, Rhythmania and Other Electronic Musical Compositions spotlights the sounds of a specially assembled Moog Synthesizer (a type of analog synthesizer). The variety is impressive: from birdcalls and the sounds of machines in a factory to waltzes. Pieces such as “Cosmic Dance of Shiva” and “Hear the Clock Tick” are “composed of natural sounds recorded through a microphone,” rather than generated electronically like the “Triptych” fugues. This album also highlights electronic instruments as soloists in a genre of music that J.D. Robb says is “capable of expressing a very wide range of ideas and...emotions.” Liner notes include detailed track notes by J.D. Robb.