Music of the Pawnee 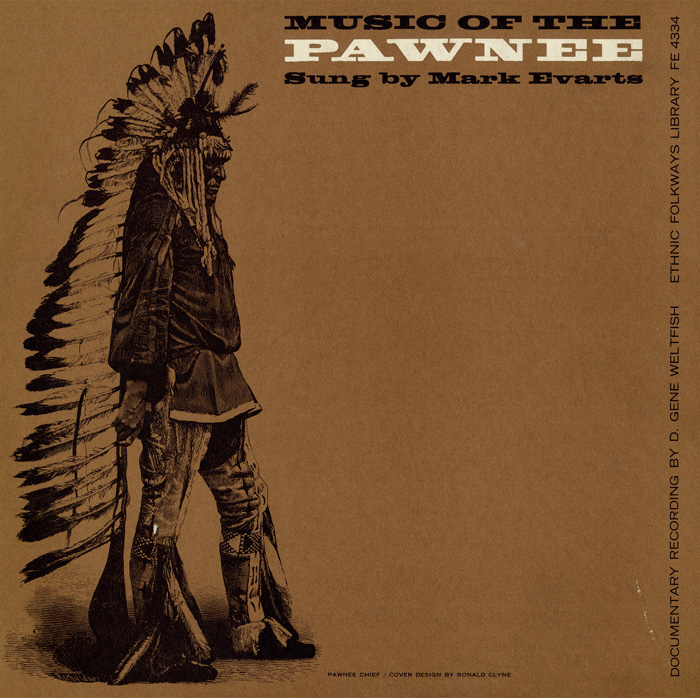 View Cart Custom CD $16.98
View Cart Digital Download $9.99
This album contains songs from the Pawnee, whose historic territory stretches through much of Nebraska and into Kansas, though most Pawnee were relocated to Oklahoma. Regina “Gene” Weltfish (1902–1980), a student of anthropologist Franz Boas, began studying Pawnee culture and linguistics in 1928 and published The Lost Universe: Pawnee Life and Culture in 1965. Mark Evarts, a Pawnee, was Weltfish’s principal informant on a wide variety of topics including the classification of plants, Pawnee definitions of bravery, and his native Skidi language. He also sings the 45 songs on the album, recorded in 1936. Details of Pawnee traditions, entertainment, and culture are included in the liner notes, as well as details of each of the tracks, translated and interpreted by Weltfish.