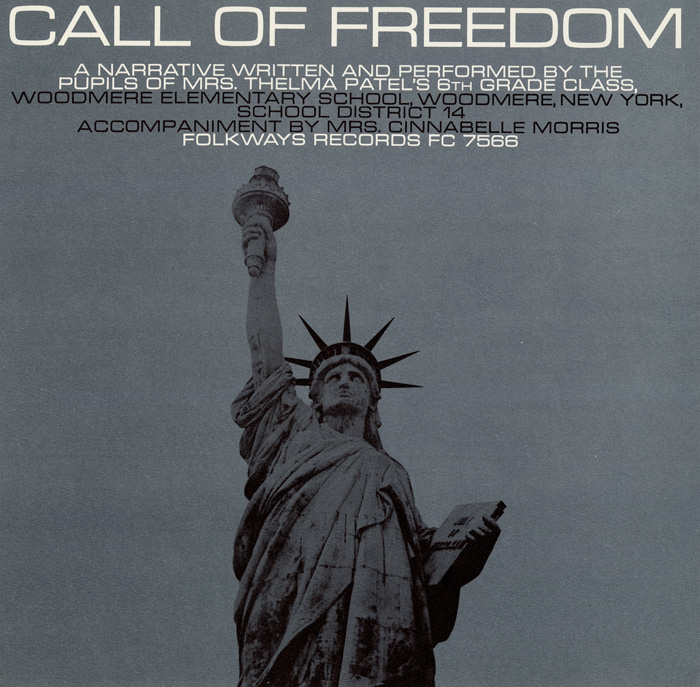 During the Civil Rights Movement in the early 1960s, sixth-grade students at Woodmere Elementary School in Woodmere, NY, recorded a collection of freedom songs and readings from America and foreign lands. Among the tracks are the civil rights anthem “We Shall Overcome,” the American national anthem “The Star-Spangled Banner,” a recitation of President Abraham Lincoln’s Gettysburg Address, the Free French Partisan song from World War II, and the “Finjan” (Israeli song of independence from the 1948 Arab-Israeli War). The liner notes, introduced by Folkways Records founder Moses Asch, provide song lyrics and the script of the dramatic readings.