Marching Across The Green Grass and Other American Children's Game Songs 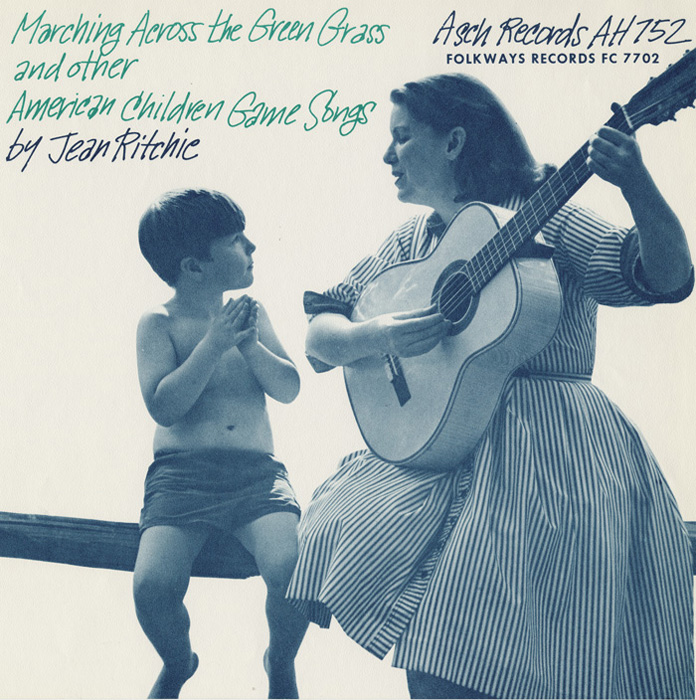 Jean Ritchie is one of America's finest and best known traditional singers. She grew up in Viper, Kentucky, and is part of the famous “Singing Ritchies of Kentucky.”

On this 1968 recording, Ritchie, accompanying herself on Appalachian dulcimer and guitar, is assisted by her two young sons, Peter and Jon. She presents American children's game songs, many of which she learned and played herself as a child. Others, however, are original compositions, or traditional but with modifications she has found to be helpful.

Liner notes include instructions for playing the games, background information, and the songs' lyrics.