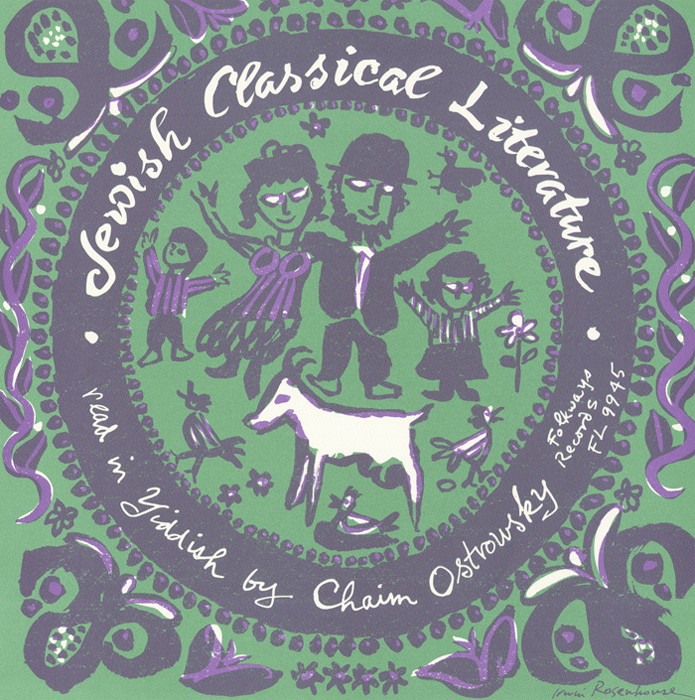 While “Jewish classical literature” may encompass many genres, here the phrase refers solely to Yiddish prose, primarily vignettes of a light-hearted or humorous nature from the late 19th century and first half of the 20th century. Most of the selections have the flavor of recitations to be performed before an audience expecting to be entertained. One, however, is set in the Warsaw Ghetto. The selection of first-person readings undoubtedly reflects the theatrical background of the reader, Chaim Ostrowsky, who organized, directed, and acted in Hebrew and Yiddish theatres in Poland, Russia, and Israel.

The authors of the selections are some of the best known writers of Yiddish literature, such as Sholem Asch and Sholem Aleichem, whose stories concerning Tevye, the Dairyman, were the basis for the hit musical, Fiddler on the Roof. Many of the readings also include excerpts of Yiddish songs.

The liner notes provide the complete Yiddish text for each reading and a brief English summary.