Report to the Stockholders: Poems by John Beecher 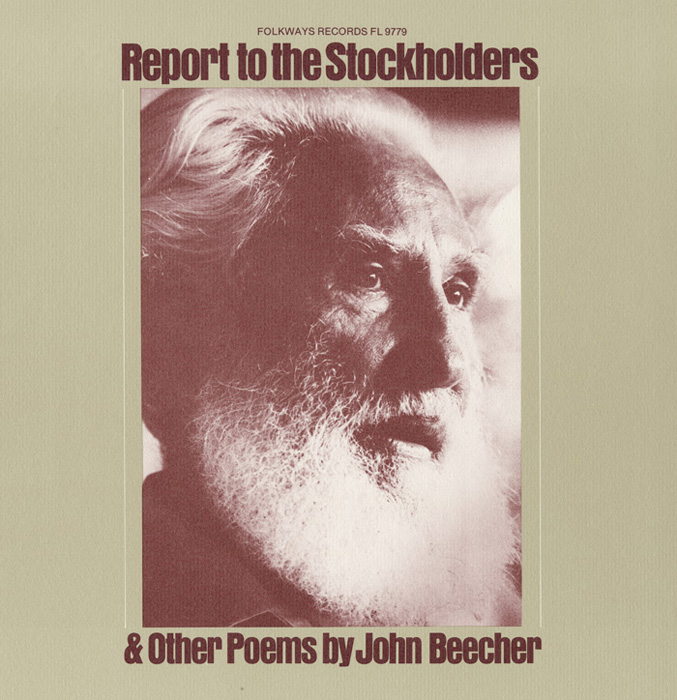 View Cart Custom CD $16.98
View Cart Digital Download $9.99
Report to the Stockholders is a collection of narrative poems written by social activist and poet John Beecher (1904–1980), a distant descendant of abolitionists Henry Ward Beecher and Harriet Beecher Stowe. Throughout his career, Beecher was appalled by the injustices experienced by poor and working-class Americans, and his poetry was often a reflection of his anger toward a society that looked away from or dismissed these injustices. These 18 poems were written between the mid-1950s and the mid-1970s. The texts of the poems are included in the liner notes.