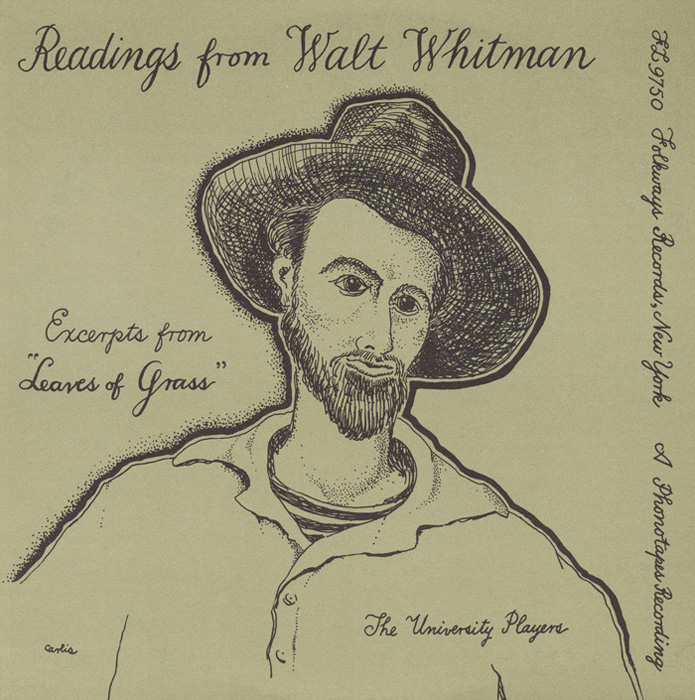 This spoken word recording is composed of 10 poems selected from Walt Whitman’s collection Leaves of Grass. Whitman’s work was first published in 1855 and consisted of just 12 poems; he continued to add to Leaves of Grass for the next 36 years, completing the final edition of 400 poems in 1891. Poems selected for this recording include “Pioneers! O Pioneers!,” “O Captain! My Captain!,” and “I Hear America Singing.” The poems are read by The University Players, whose university and members are unidentified. The liner notes include the text of the 10 poems.