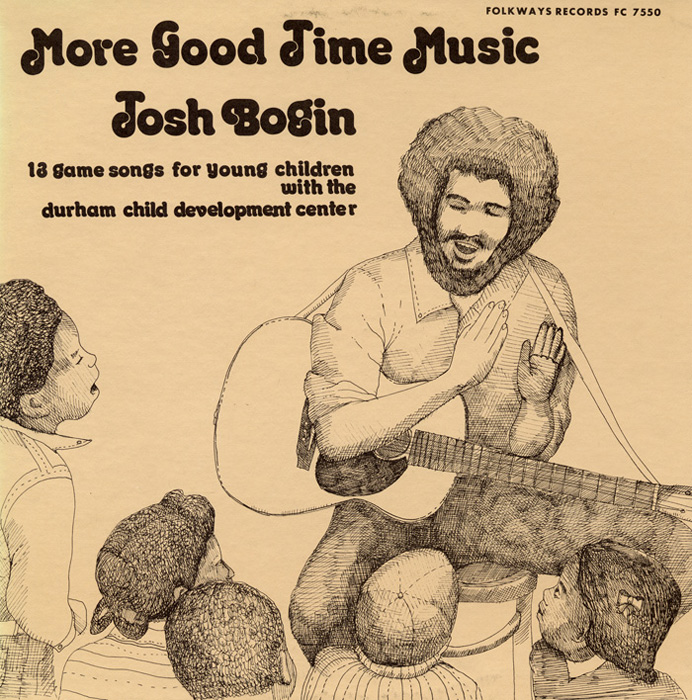 More Good Time Music is Josh Bogin’s sequel to his 1972 release, Good Time Music. Consisting entirely of children’s game songs, Bogin is accompanied by a group of young children from Philadelphia’s Durham Child Development Center. Among the mostly traditional songs here are the classic participatory songs "Mama Don’t Allow" and "Join In the Game," as well as "Bring Me a Little Water, Sylvie," written by Lead Belly. Liner notes include song lyrics—along with Bogin’s instructions and commands to the children in parentheses—and a reprint of Bogin’s introduction to his previous album.