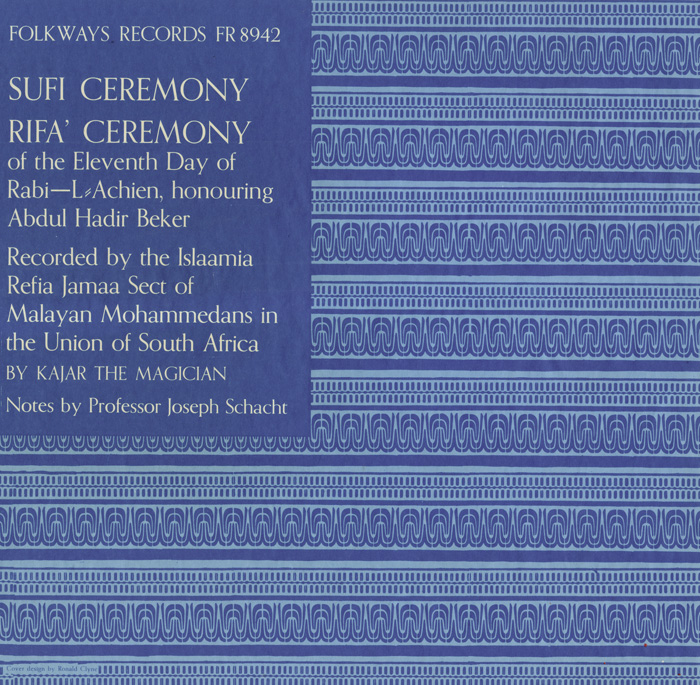 View Cart Custom CD $16.98
View Cart Digital Download $6.98
Sufi, or Sufism, is often defined as "Islamic mysticism.” Sufism exists in both Sunni and Shia Islam. It is not a distinct sect, rather it is an association or fraternity for the achievement of religious enthusiasm and ecstasy by means of exercise undertaken in common. This 1959 recording is of a Rifa' Ceremony performed in South Africa. The Rifa’ association was originally found mainly in the Middle East eventually spreading to Malaysia and Africa.