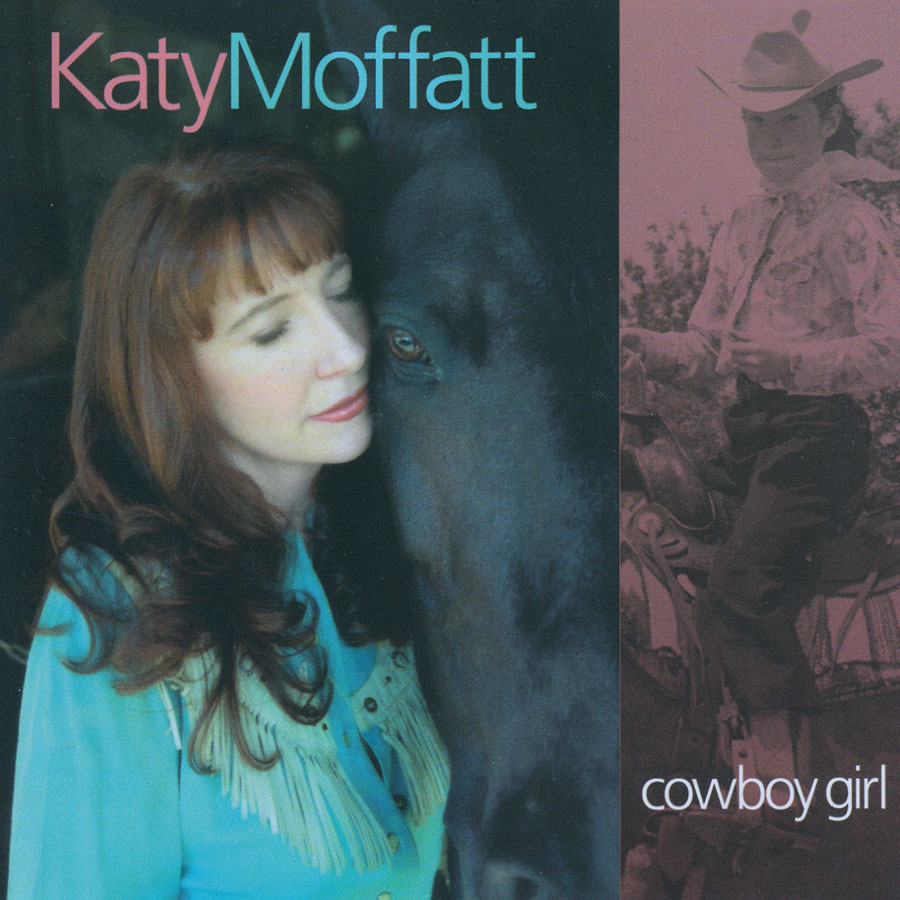 Drawing stylistic influence from the likes of Phil Ochs, Judy Collins, and Dave Van Ronk, Katy Moffatt began her career situated in the folk-pop boom of the 1970s. A Fort Worth native singing with a distinctive twang, her approach to the genre was always Western inflected. On 2001’s Cowboy Girl, Moffatt embraces her country leanings, performing new and traditional songs that sing of cowboys, Texas Rangers, outlaws, horses, and one gentleman bandit. On the album, originally released by the Western Jubilee Recording Company, she is joined by labelmates David Wilkie (vocals, guitar, and mandolin) and Rich O’Brien (guitars) for this spirited collection of songs.