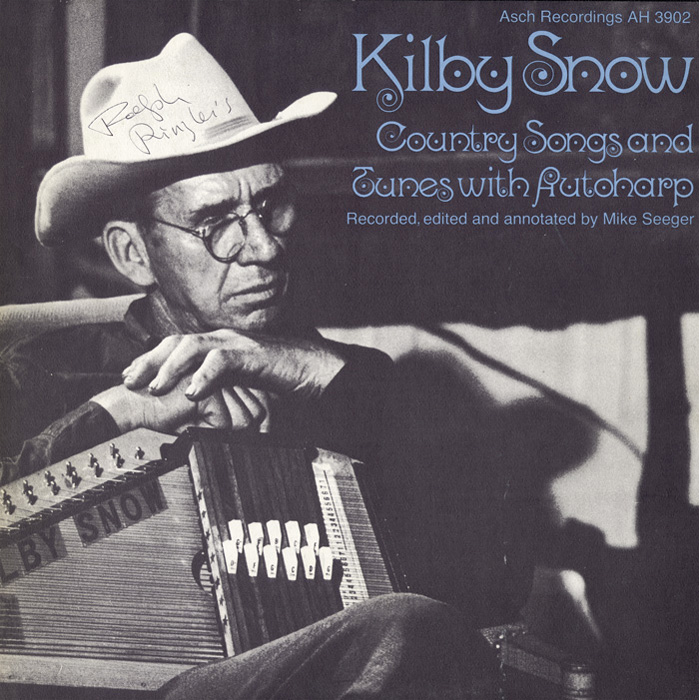 View Cart Custom CD $16.98
View Cart Digital Download $9.99
Recorded over three days on the stage of an auditorium near Kennett Square, Pennsylvania, Kilby Snow sings and plays autoharp on this 1969 Folkways release. Snow began playing the autoharp at just three years old. By the time he was five, he won first prize of $20 in gold at a fiddler's convention. Liner notes include an introductory essay by Snow as well as notes on a number of the album’s songs.