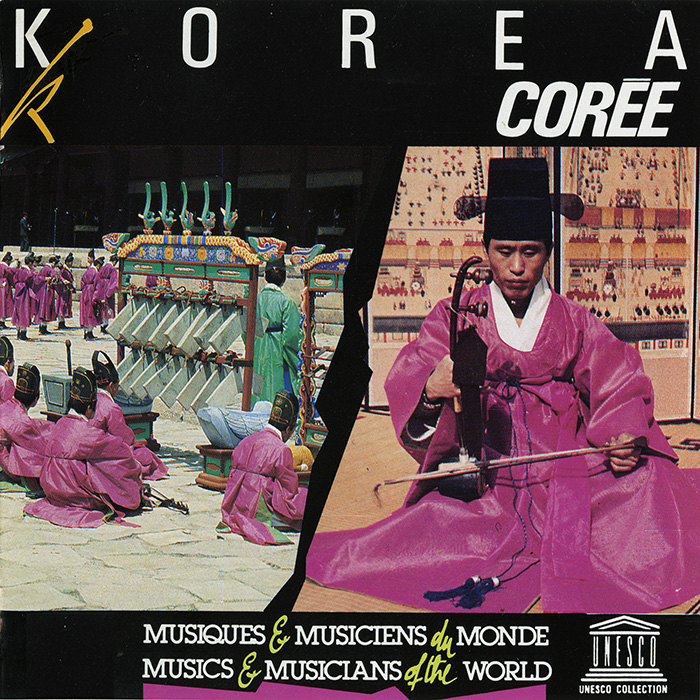 View Cart Custom CD $16.98
View Cart Digital Download $9.99
This 1972 recording features Korean court music, or hyang-ak, which was codified in the 5th century. Hyang-ak is essentially pentatonic and is derived from a type of sung poetry. Vocal performances are accompanied by a variety of Korean string, wind, and percussion instruments. The first track, “Su-je chon,” is among the most renowned pieces of hyang-ak. The title of the song, which is believed to have been composed during the Silla dynasty in the 7th century, means “Life Long Everlasting Sky,” and depicts the splendor of a rising sun. The piece is performed by an ensemble composed of a hyang-piri (double-reed instrument), tang-chuckandtae-geum(flutes), a-jaengandhai-keum(bowed string instruments), chang-ko (drum) and an eu,or“Wooden Tiger” (a wood scraper heard three times at the beginning and end of each piece of court music). The liner notes are in English and French.