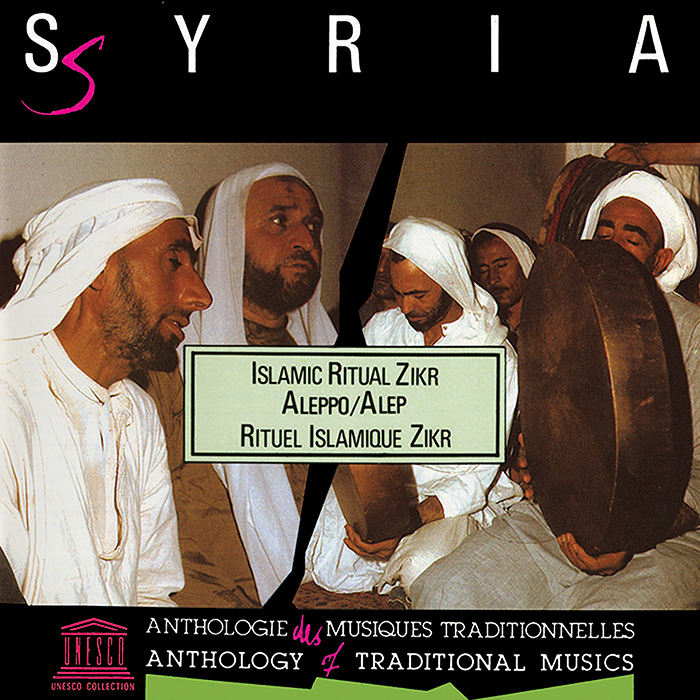 Vocal art is an important aspect of Islamic religious practice. In addition to two officially accepted forms—the call to prayer and the reciting of the Qur’an—there is the more mystical, Sufi zikr. Zikr (sometimes spelled dhikr) is essentially a remembrance of God by meditating on and repeating his many names. A progressive sequence of chants with a powerful drum (mizhar or mazhar) corresponds to the degree of intensity of the spiritual experience. The ritual is meant to bring its listeners into a trance-like state of ecstatic union with God.

Recorded in 1973 by the Rifa'iyya Tariqa (Brotherhood) of Aleppo, Syria, the ceremony on the album is necessarily somewhat abridged, but liner notes lead listeners through every part of the zikr, from the arrival of participants to its conclusion.