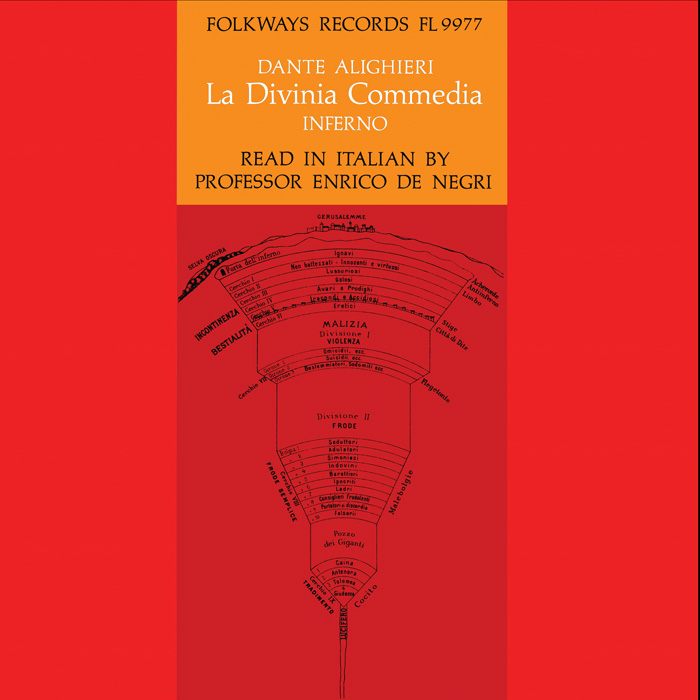 View Cart Custom CD $16.98
View Cart Digital Download $9.99
Released in 1959, La Divina Commedia: Inferno is read by Professor Enrico de Negri in the original Italian. Composed by the great writer Dante Alighieri in the early 14th century, Inferno is the first part of the three-part poem La Divina Commedia. It describes the layers of Hell and the imaginary journey Dante takes as he is led by the poet, Virgil, through its depths. The album cover features a map of Hell as Dante imagined it. The liner notes provide the Italian text.