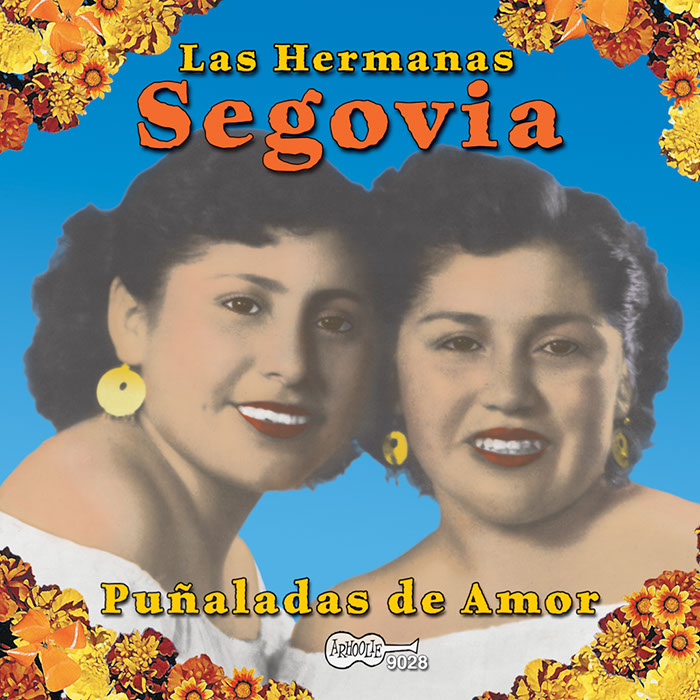 View Cart CD $11.98
View Cart Digital Download $9.99
The three Segovia sisters formed two different duos singing música norteña during the 1950s. The first duo was composed of Aurelia and Sara, and the second of Aurelia and Lucita. Both duos were accompanied by conjunto bands of button accordion and bajo sexto. Their songs often spoke of love and heartache. Arhoolie founder Chris Strachwitz said of their singing style, “…these early recordings by the Segovia sisters have a haunting, plaintive, rural vocal quality as only sisters can achieve.”