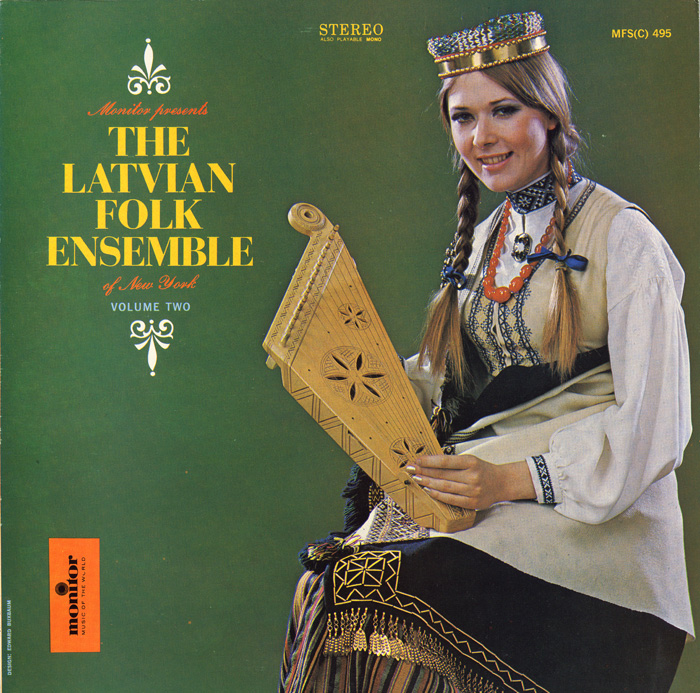 View Cart Custom CD $16.98
View Cart Digital Download $9.99
This album, originally released by Monitor Records in the 1960s, presents a collection of Latvian folk music. The recording includes both “primitive” and “civilized” songs and features 16 dances, ballads, work songs, and choral pieces which “depict all aspects of life, in a predominantly rural setting.” The singers are accompanied by Latvian folk instruments, including the kokle, a traditional zither, and a type of flute called the stabule. Liner notes contain background information on the songs and a complete Latvian text of the songs.