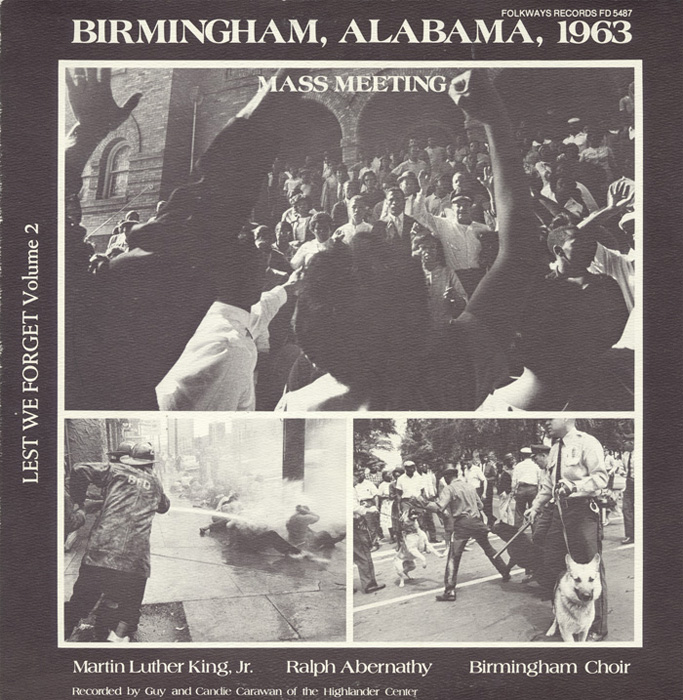 Songs played a large role in the movement to close the racial divide in America during the 1960s, and prayers, chants, sermons, and shouts were also fundamental to this task. Guy and Candie Carawan recorded Martin Luther King, Jr. and Ralph Albernathy speaking just after they were arrested for attempting to, as Caucasians, sing in a black church. Armed with only one microphone, they were fortunate enough to be released just in time to record the historic event heard here.