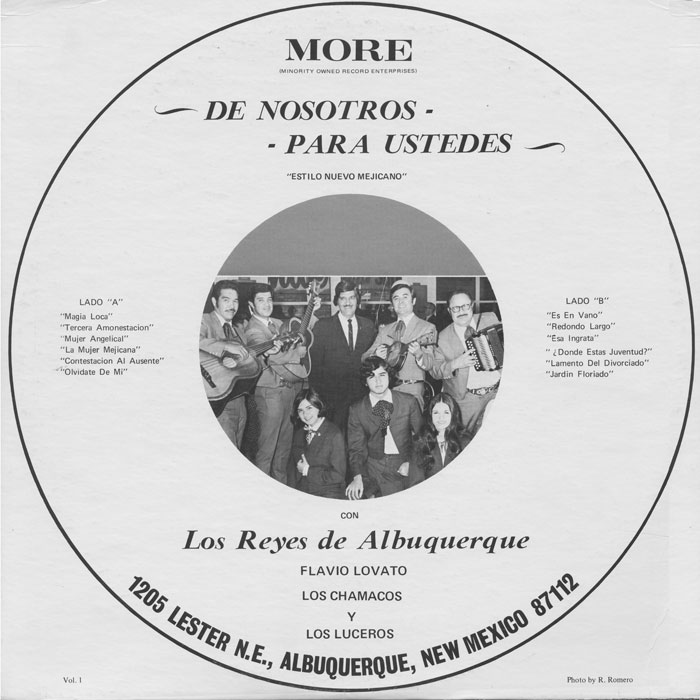 Los Reyes de Albuquerque (The Kings of Albuquerque) was formed in 1962 by Roberto Martínez. Described as “Nuevo-Mexico-styled mariachi” by Enrique Lamadrid, the ensemble includes rhythm, soprano, and bass guitars, trumpet, violin, accordion, and vocals. With a combination of both fast and slow songs, tracks of interest on this album include the instrumental “Redondo de Largo” and the spoken and sung “Lamento del Divorciado.” Los Reyes De Albuquerque have performed at the Smithsonian Folklife Festival.