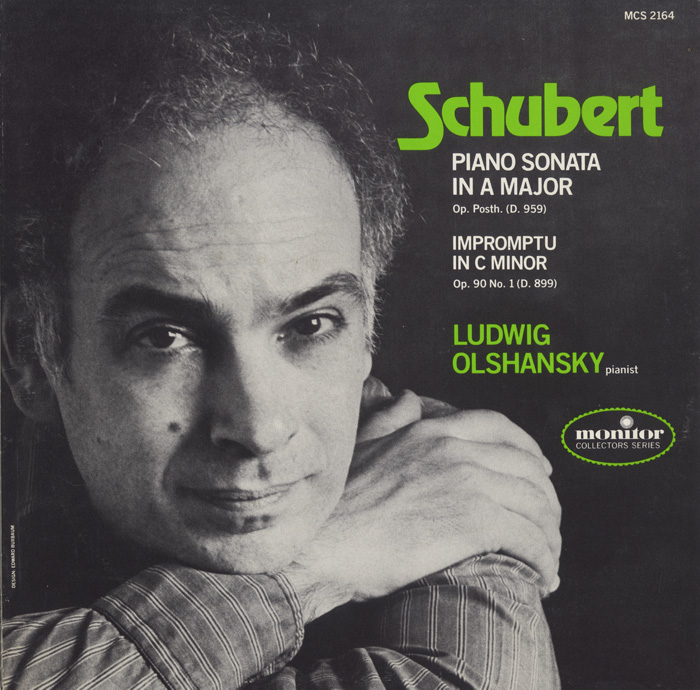 View Cart Custom CD $16.98
View Cart Digital Download $9.99
Composed during the last months of his life, the “Sonata in A Major (D. 959)” was among the last piano sonatas written by Franz Schubert (1797–1828). Called a classicist of the Romantics and the romantic of the Classicists, Schubert stood at the threshold of the Romantic Movement according to Arthur White writing in the liner notes. White also notes the comparisons of Schubert’s sonatas with those of Beethoven, a composer whom Schubert admired. Following his death, Schubert was buried near his idol in Vienna. The Sonata, composed of four parts—Allegro, Andantino, Scherzo, and Rondo—is performed by Juilliard-trained pianist Ludwig Olshansky.