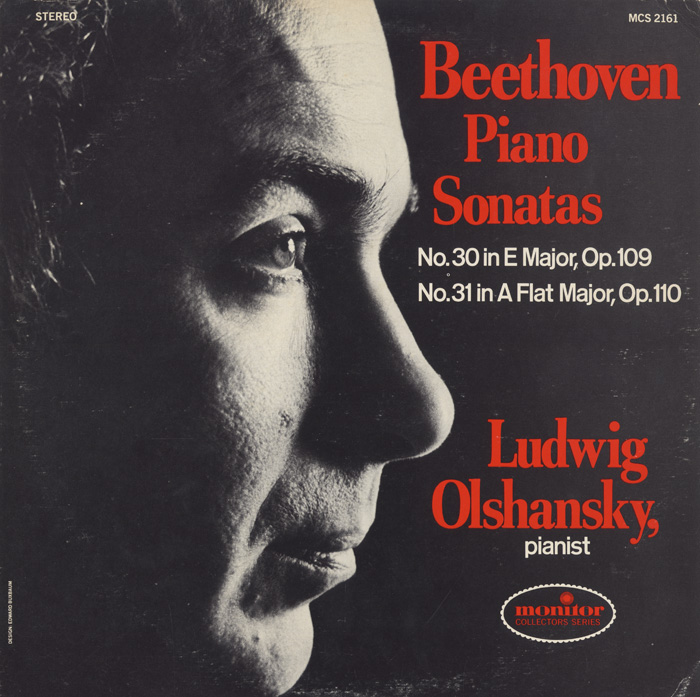 View Cart Custom CD $16.98
View Cart Digital Download $9.99
This 1979 recording features American pianist Ludwig Olshansky as he tackles two of Beethoven's notoriously difficult sonatas, No. 30 in E Major and No. 31 in A Flat Major. Beethoven composed these sonatas during the latter part of his life, during which he continued to stretch the boundaries of the classical style. As the composer himself is rumored to have stated, "There have been thousands of princes, and there may be thousands more, but there is only one Beethoven." The liner notes by Arthur White give detailed background information on the two featured sonatas.